Can employees be as fanatical of their company as football fans are of their clubs? Be the company’s biggest advocates and cheerleader? I once knew a company whose employees hated the company. The work or the company didn’t fill them with pride. They hid their ID cards when they were in public. You would too if customers often beat you. Some of those customers could knock the Earth out of orbit with their blows.

Right now, most football fans are scouring sports sites for news on which players their clubs are buying next. They watch YouTube videos to see the rumoured players in action. They debate and bicker over prospects in WhatsApp groups.

Myself, I swear by Manchester United. Best football club in the world. Sir Alex should have been Prime Minister. Scholesy. Could have saved America loads of money and located bin Laden with a pass. And that De Gea. He can save a marriage.

Fans are an asset. They guarantee you income. They win you more fans. Not like Arsenal fans though. Bloody disgrace.

Unfortunately, passion can also be a royal pain. Let me regale you with some experiences I had. 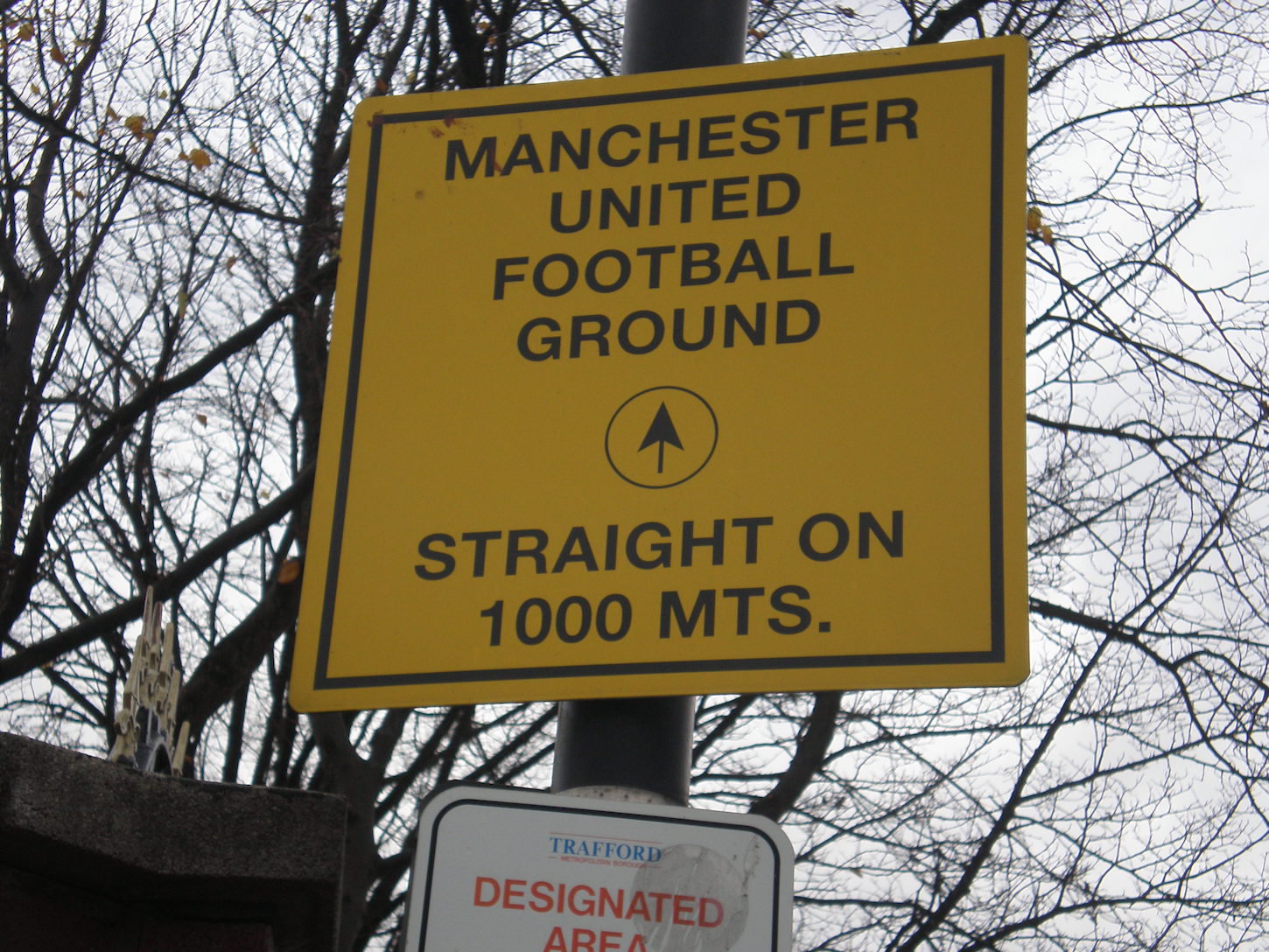 In October 2008, we played West Bromwich Albion at Old Trafford. I sat in the East Stand. Great atmosphere. Dimitar Berbatov scored his first league goal for United in that match. I have always loved Dimi. Chap could cushion a meteorite with his deft touch.

After the match, myself and an elderly couple found ourselves in a tram filled with United Ultras. I’d be happy not to have met those lot. They smoked, sang raucously and banged on the tram. They didn’t have tattoos on their bodies – they had graffiti. I thought I was tough, being an Agege boy. But those chaps – they could drive a nail in with their stare. They didn’t care about our presence much, the elderly couple and I. I shudder to think what would have happened if an Albion fan had been in there with us.

But I learnt some interesting United song from them:

Whatever will be will be.

In Moscow we made it three.

My trip to White Hart Lane a year later was more perilous. We were playing Tottenham Hotspur in a league match in September.

Tottenham went into an early lead through a Jermain Defoe overhead kick. Typical Jermain Defoe. Always gung-ho against Man United. He needs to get a life. But damn, that Peter Crouch fella is tall! Won every aerial ball against Vidic and Rio. Constituted himself a nuisance in our 18-yard box.

Golly, we won the match 3-1. Anderson scored his first league goal for United in the match.

I left the stadium with a bunch of United fans.

Unfortunately, I was enticed away from the group by hot dogs. Bratwurst. They are to me what a sinner is to the devil; irresistible.

By the time I had my hot dog in hand, the group of United fans had disappeared. I found myself alone on the street. In a distinctly Spurs neighbourhood. Wearing a Man United jersey. Savouring a hot dog. I had ‘Bow Down’ written at the back of my jersey.

There is usually a large police presence before and after every Premiership match. But that evening, there was not a policeman in sight. The stars were aligned for my goose to be cooked.

An angry Spurs fan walked past me, muttering to himself. Something registered in his brain. He walked back and confronted me:

Before I knew it, another Spurs fan had joined him. Then they became three. Then four. Then five. They came out of the woodwork.

They surrounded me and unleashed a bitter verbal assault. Their language was so colourful, it’ll shame ten rainbows. They were very upset and spoiling for a fight. I had the sense they were waiting for me to retort and then they would stab me. They looked that messy.

I didn’t say a word. Not out of good manners, I assure you. Common sense had sown my lips together. I had never hated hot dog so much.

The spirits of my ancestors were with me that day because a policewoman suddenly appeared about 50 metres away. Folks, if you ever saw an angel, it looked like that woman. Showing up when the feathers of my goose were being plucked. Only Michael shows up like that.

As she walked towards us, the gang melted away, very pained. They had been deprived the opportunity to take liberties with me the way my team had taken liberties with theirs moments earlier.

When the good officer got to me, she asked if they harmed me. If I remembered any of them, and if I wanted to press charges.

She walked me all the way to Wood Green Station. She made sure I got onto the Piccadilly Line before she left.

I will never wear a jersey to an away match again. Ever. And I will never eat hot dogs again.

The third incidence was more subtle but not insignificant. 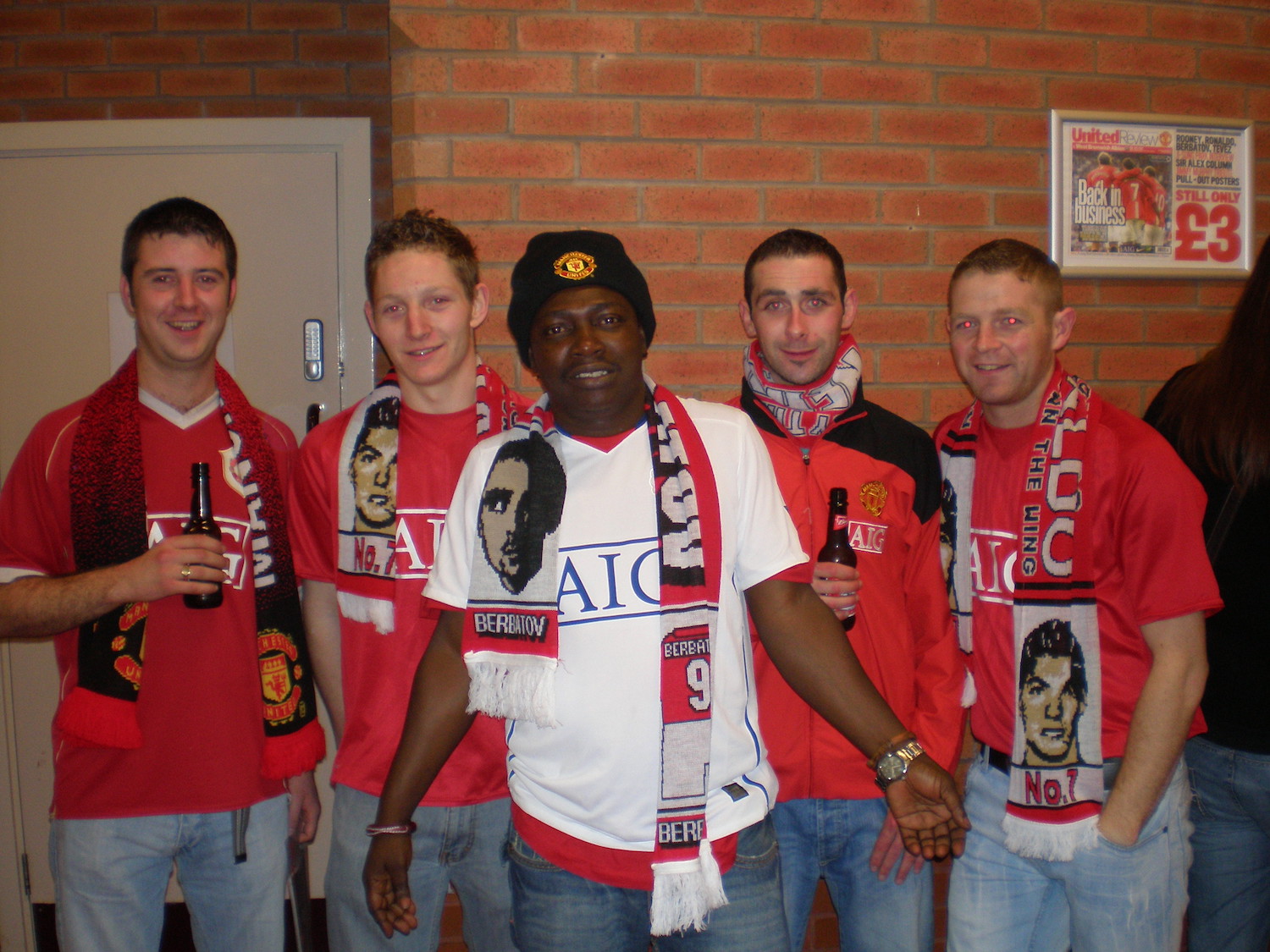 It was May 2011. We were playing Chelsea at Old Trafford. Chicharito, ‘The Little Pea’, scored after 37 seconds. Nemanja Vidic added a second 23 minutes later. United won 2 -1 and moved within one point of winning the league. I relished the hopelessness of David Luiz that day.

I had ordered the match ticket the day before. It was to be delivered to the hotel in Manchester. Prime seating, close to the pitch. Maybe even behind Fergie. Nice.

So I scooted to Manchester on match day. Happened that the ticket was not delivered after all. Called the website that sold the ticket. No, they didn’t dispatch the ticket. They realised they couldn’t deliver it before kick-off. They apologised profusely and would refund the money.

I was gutted and mighty angry. But hey, I was already in Manchester. Might as well make the most of it.

I asked the chic concierge for a nice pub to see the match. She asked me what club I supported. I thought it was an odd question. But I told her all the same. She gave me a choice of three pubs. I picked one.

When I got to the pub, I understood why she asked me what club I supported. All the jerseys in sight were Manchester United. It was a mini Old Trafford in there. Luckily, I wore my Man United jersey. The one that read ‘One Blood.’ Some guy loved it. He bought me a beer.

I imagined what would have happened if I’d worn a Liverpool jersey in there. There might have been some slow singing and a procession in Lagos.

A club without the fans and their passion is nothing. Just like a company without passionate employees. Passion and faith in the team spur it to greatness. But it’s not what you demand or stipulate in an employee handbook. You earn it.

But can an employer-employee relationship be about more than just a paycheck? How could a company go about building fan-like devotion by its employees? It seems to me that it will take more than competitive salary or benefits.

Right. Here’s a quiz I picked up at Old Trafford:

Liverpool has a port. But there’s a ship that’s never sailed into it. What is the name of the ship?

5 thoughts on “Can employees be as fanatical as football fans?”