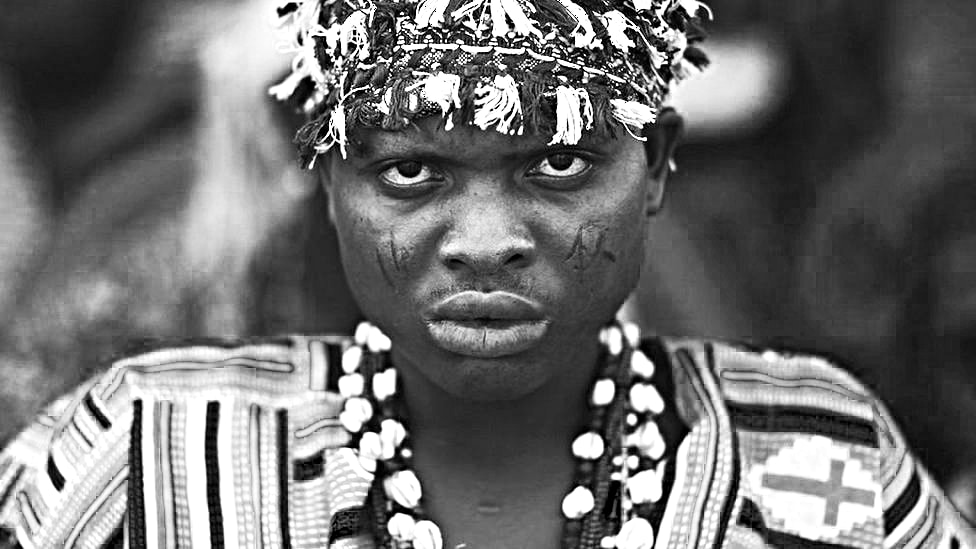 A few weeks ago I was strolling along Twitter boulevard when I came across an intriguing dare. Some dude was on a quest to prove that ‘juju’ or ’jaz’ did not exist. As busy-body Lagosians were wont to do, I stopped by to see what was going on.

This derring-do fella did not believe in the supernatural. He worships at the feet of empiricism, logic and the immutable laws of physics. He thus challenged any purveyor of juju to a public demonstration of juju power. He named a day, venue, time and backed his challenge with a N2.5m reward.

Oh, the comment section was hilarious! Nigerian Twitterati pointed this fella in the direction of certain towns and villages where he should proclaim his challenge. Town and villages where Merlin and Maleficient will be apprentices. Our man only needed to sign a waiver on his right to life should the existence of juju be, er, fatally affirmed.

It was all hilarious. But as intriguing as I found the challenge, I paid no serious mind to it. Twitter is full of folly and attention seekers. I forgot about the challenge.

But alas, this dude was not going away! A few days ago, I was once again ambling on Twitter when I saw that the challenge was still on. This dude is serious.

It turned out that no juju persons came forward to demonstrate ‘jaz’ and collect the N2.5m. So, our resolute chap sets a new venue and date. He invited the press. And the N2.5m reward was still on offer.

On a personal note, I found it disappointing that no ‘jaz’ men came forward to collect the money. No takers? Where was Kanayo O Kanayo when you needed him? Where were all my Bini flight lieutenants? Ikorodu oro people?  It’s tough in the land and N2.5m will keep the rain off a shoulder. It is decent money. And easy too. It’s not like the juju men have to turn the guy into a rhino or goat. It could be as simple as making him go mad for 10 minutes and eat faeces. It would be the easiest N2.5m anyone ever earned. Yet no one showed up. That is mighty disappointing.  It’s a bad showing for the spirit realm.

My closest encounter with juju was in the early 2000s when we were shooting the “Mama Na Boy” TV commercial for MTN. On location that day, the skies became dark and the clouds ominously heavy. It was going to rain. Disaster.

Some local guy in the vicinity approached us and said he could facilitate the hiring of a  rainmaker to keep the impending rain in abeyance. Jocularly, the agency broached the matter with the GM Marketing who was on location with us. The man was chagrined and regarded the emissary with pious rage. He was a saintly and contemporary chap. To this day, I couldn’t tell if the agency was joking or meant the recourse to the supernatural. But I was gutted at the missed opportunity to see a juju man in action. I could have befriended him and be richly sipping daiquiris all my life.

But maybe this dude is right. Maybe ‘jaz’ does not exist.

Or perhaps our man’s challenge is illogical.

Though our empiricist bloke didn’t affirm this, he exuded the vibes of an atheist or evolutionary biologist. Atheists deny there is a God or gods. Evolutionary biologists believe life began from non-life matter (abiogenesis) and evolved over millions of years to life form.

Well, you can do that through logic. Through the principle of cause and effect and the design we see in nature. I’ll show you.

Proving God through the ‘Big Bang’

Cause and effect underpin science, history, law enforcement and many aspects of human experience. If A happens, it’s logical to look for or ask why it happened. The cause. The man is in jail because he committed murder. The boy drowned in the river because his body was denser than the water. Cause and effect is an undeniable law of nature.

According to the Big Bang Theory, in the beginning, there was nothing and then, bang, the universe happened. Call this starting point the “singularity” or whatever. The point is, bang, out of nothing came something.

At a superficial level, I don’t necessarily disagree with the Big Bang theory. After all, my Bible also told me “in the beginning…”

Now, we know the universe happened because we are here. I exist. You exist. The stars, the oceans, trees, animals; they all exist.

Be it “the singularity” or the “multiverse”,  whatever caused the universe to exist must be outside of the universe. Things in nature don’t create themselves. Water can’t create itself. Hydrogen and oxygen have to come together for it to exist. The engineers who created the TV are not inside the TV. If they are inside the TV, well, they couldn’t have created the TV, can they? It’s simple logic really.

Sense will not kill us, right?

If we are stuck in a cycle of endless causes, then nothing can exist. Because everything that exists, exists at a point in time. And if there is no point in time, then there is no universe, no you and no me. But we do know that the universe exists.

It therefore stands to reason that this cycle of causes must stop somewhere. A Cause that causes all other causes but is itself uncaused. God.

Asking who created God is like asking “who is the bachelor married to?” By definition, a bachelor can’t be married. Similarly, by definition, an entity that creates all other entities can’t itself be created. Otherwise, we are back to an infinite cycle of causes or creators. And that is a logical absurdity. There must be a starting point for everything. God, the Uncaused Cause, is that starting point.

Evolution and abiogenesis are interwoven. Abiogenesis is the belief – not fact – that all life evolved from non-life organic compounds. That over millions of years, molecules randomly came together to create the complexity and design we see in existence. No God was necessary.

There are some big problems with the theory of evolution you should know about.

One, as a theory of origins, – how things started – it is curious that it never tells us where the non-life organic compounds that created life came from. Some have suggested “dark matter” and “quarks” as the primal cause. But as we have seen, everything that exists must have a cause. Where did the dark matter and quarks come from.

I suppose I don’t need to remind all ya that “dark matter” has never been detected or proven by science. I repeat, never! It is an unscientific and desperate attempt to do away with a sentient creator.

Second, it is a fact of natural law that like begets like. Animate create animate. Only consciousness can create consciousness. Thus, it is impossible for non-life matter to create living matter. Science has never seen this happen in nature. Not in one instance. And since humans have intelligence, emotions and desires, what created humans must also have similar attributes; intelligence and emotions. Like after like. God.

You with me, folks?

Third, we see so much design and purpose in nature that we know from logic and experience that where there is a design, there must be a designer. Watch parts didn’t come together to form a watch. Someone assembled them into a watch. Your jumpsuit didn’t happen to fit you nicely. Someone made it to. Where there is a design or purpose, there must be a designer or a purposer. Our everyday observations, the basis of science, confirm this.

Ain’t that something? We just happen to be the right distance from a sun burning at 20 million degrees by accident? I don’t think so! It’s an amazing and deliberate fine-tuning. If the earth moved 10% closer, from ashes we came, to ashes we return. If it moved 10% away, we’ll all be frozen like Elsa.

Or put another way. When you eat a delicious pizza, the pig didn’t kill itself to make the sausage or the milk proteins from the cow coagulate itself to form cheese. Someone brought all these together to create the pizza.

Or take the human DNA. It is a marvellous piece of coding without Python, Java or C++. Over 3 billion pairs. If you stack all the DNA molecules in your body end to end, they would get to the Sun and back over 600 times. That is 100 trillion times six feet divided by 92 million miles. You think this brilliance and intricacy arose by accident? Fat chance. Man has never been able to create a plane that flies as efficiently as a bird or a submarine that moves as efficiently as a fish. That’s because a supremely intelligent designer made all these things. God.

So you can once again ask “OK, for the sake of argument, let me agree that there is a God that is behind all creation. But how does this prove this ‘God’ to be the God of the Bible?”

It’s easy, dude and dudettes. Think about this. In the Bible, different prophets living in separate communities over a 1,000-year period made predictions about Jesus 500 years before He was born. Over 1,000 prophecies in fact. And each of those prophecies was fulfilled! For comparison, the chances of one man (Jesus) fulfilling just 8 of those prophecies is one in 10 to the 17th power. That is 100000000000000000. That is preposterous accuracy! Inhuman even.

I don’t know about you, but chances are I’d rather believe the account of a book whose words have proven true time and again.

But what do all these have to do with the existence of juju?

Well, if you’ve followed the arguments and agree that the God of the Bible created the universe and that the Bible is accurate in its account, then you must also agree that Lucifer and demons exist since the Bible also said they do. And those lot are the source of juju power.

At any rate, it was always unlikely for any juju person to accept our bloke’s challenge. Not in public glare. You want his neighbours to know he can kill them? Or his broke, down-on-their-luck friends to know he can ‘control’ people yet they are still poor? No, hombre. Some things are best kept secret.

Anyways, all juju men know that power pass power. And there’s a power that surpasses them all. That’s who you need to hook up with. Jesus. Can I get a hallelujah there?!

3 thoughts on “Does juju really exist?”