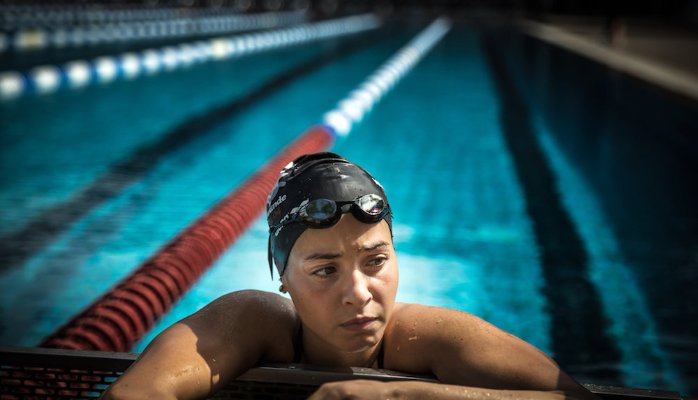 In a blog post in April 2016, Damon Stapleton recounted a conversation he had with fellow creative blogger Rich Siegel on the frustration of the latter with a client. Rich and his partner had pitched a powerful idea to the client for the Olympics. It involved telling the stories of athletes who come last in their events at the games. You know, those athletes no one remembers. It was the inverse of the norm. Athletes breasting the tape and the media fawning over them. The Phelps. The Bolts. The Froomes and Fraser-Pryces. It was an idea that would force us to reevaluate our concept of winning and winners.

The client, of course, spurned the idea for the typical.

Watching Yusra Mardini on Saturday compete in the Women’s 100m butterfly heat once again brought back Rich’s powerful idea to mind. Of the lost opportunity for a brand or company to connect with an audience and arouse powerful emotions.

18-year-old Yusra, along with nine other athletes, makes up the first ever Olympic Refugee Team. Athletes who “have no home, no team, no flag, no national anthem.”

Yusra won her heat but was 10 seconds too slow to make the semi-finals. So there would be no medal for her.

But over a year ago, Yusra was fleeing the war in Syria with her sister. They got to Turkey. They would need to cross the Aegean Sea to get to Greece and to hope. They got into a dinghy headed for the Greece Island of Lesbos. At some point during the journey, the dinghy began to take in water. All twenty-two lives aboard would be lost. Yusra, her sister and another woman – the only three onboard who could swim – jumped into the water and swam with the dinghy all the way to land. It took them three hours but they got everyone safely to shore.

And here she is one year later. Competing with the best athletes in the world.

She’s not going to go back home with a medal. She’s going back with something more precious:

Our love. Our respect.

Our appreciation for reminding us that we are not worthless because we didn’t come first.

That job interview. That promotion. That girl.

We win some. We lose some. It’s the human story. It’s not always pretty. But it’s always beautiful.

Yet it would seem that brands shy away from these less than stellar stories of our lives.

From stories of our failures, weaknesses, struggles and fears.

Yet these are powerful stories. Stories that prick thoughts and elevate.

Adrien carried the Rwanda flag proudly at the opening ceremonies in both London and Rio.

He is a cyclist representing Rwanda in Rio.

Adrien has crashed out of the cycling road race in Rio. He failed to finish the 236km race due to an equipment problem, his two bikes failing him. But in truth, nobody was expecting him to win.

But he wins in the hearts of many of us.

For despite the murder of six of his brothers during the Rwanda genocide, he still competes for Rwanda. A country he would be right to ignore and forget.

These are the real winners. The heroes of the Games.

Athletes like Yusra and Adrien and many others make us reevaluate our notion of winning. Of who we tell our subordinates, colleagues or children a winner is. No doubt winning includes getting the medal and coming first. But it is also much more than this.

It is showing up against all odds. It is never staying down. Or the sacrifice that may go unnoticed.

That’s also what winning is.

Any brand and company that embraces a human truth always win hearts. And not coming first is a human truth. Situate it in the right context and it becomes a powerful emotional tool to engage audiences with.

I’ll leave you with the trailer of one of the funniest and inspirational movies I have seen. Cool Runnings. The loosely true story of the first Jamaica national bobsleigh team at the 1998 Winter Olympics in Calgary, Canada.