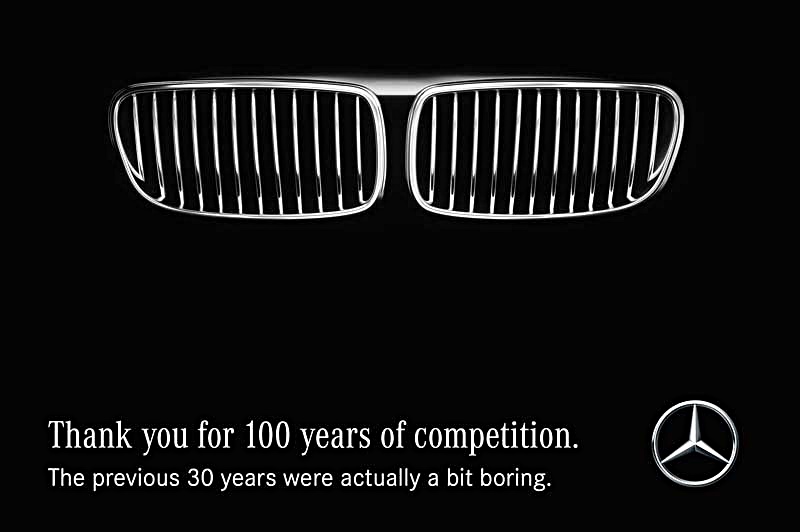 Well, intelligent people of WhatsAppville, hear me. Hear me. That is not an example of comparative advertising. Here is why.
A comparative ad makes an objective claim against a named or unnamed competitor who is meeting the same need.
The operative word here is objective. The claim cannot be subjective or ambiguous. It must be verifiable and testable.
For instance, if Ariel runs an ad that claims 20g of its detergent washes 50 white shirts cleaner than 50g of Sunlight would, that would be comparative advertising. The ad mentions a competitor and makes an empirically verifiable claim.
Or if Honda claims that its 2.0L 4-cylinder Accord is 25% more fuel-efficient than Toyota’s 2.0L 4-cylinder Camry. That would also be comparative advertising.
False advertising occurs when a false or misleading statement is used to promote a product.
This is different from advertising puffery, although a fine line runs through both. Advertising puffery uses ‘puffed up’ or exaggerated language to promote a product. The claim is subjective and a matter of opinion.
Study.com defines advertising puffery as advertising or promotional material that makes broad exaggerated or boastful statements about a product or service that are subjective (or a matter of opinion), rather than objective (something that is measurable), and that which no reasonable person would presume to be literally true.
In this understanding, puffery does not give any express warranty or guarantee to the consumer.
So, when Glo says it is ‘Grand Master of Data’, that is advertising puffery. ‘Grand Master’ in what regard? Speed? Coverage? Market share? Glo doesn’t say. So, no reasonable person is expected to believe that claim. Glo can’t be accused of false advertising because it is merely making a ‘puffed up’ claim.
It is the same for the Budweiser advertising above. Budweiser is displaying puffery. No one will literally believe Budweiser is ‘king’ over Heineken. ‘King’ in terms of what? Taste? Sales? Ingredients? The claim in this particular instance is a matter of opinion.
Enter the perennial Virgin knee-in-the-groin on British Airways. The ad below was from Nigeria. Virgin Atlantic was introducing Upper Class Suite on the Lagos-London route. The defining feature was the length of the bed. It was some few inches longer than the bed in the British Airways First Class cabin on the same route. But saying its bed is 10 inches longer will be unimaginative. So it ran the ‘We are better in bed’ ad. Very Branson.

One of my best instance of advertising puffery is the war of attrition between Mercedes Benz and BMW. Boy, do those two love each other!
In the advertising below, Dieter Zetsche, CEO of Mercedes Benz was retiring. He says his final goodbyes to employees. He drives home. Then kaboom! A secret side of Dieter is revealed.
So, good people of Nigeria, I hope I have been able to convince you and not confuse you that comparative advertising is different from advertising puffery.