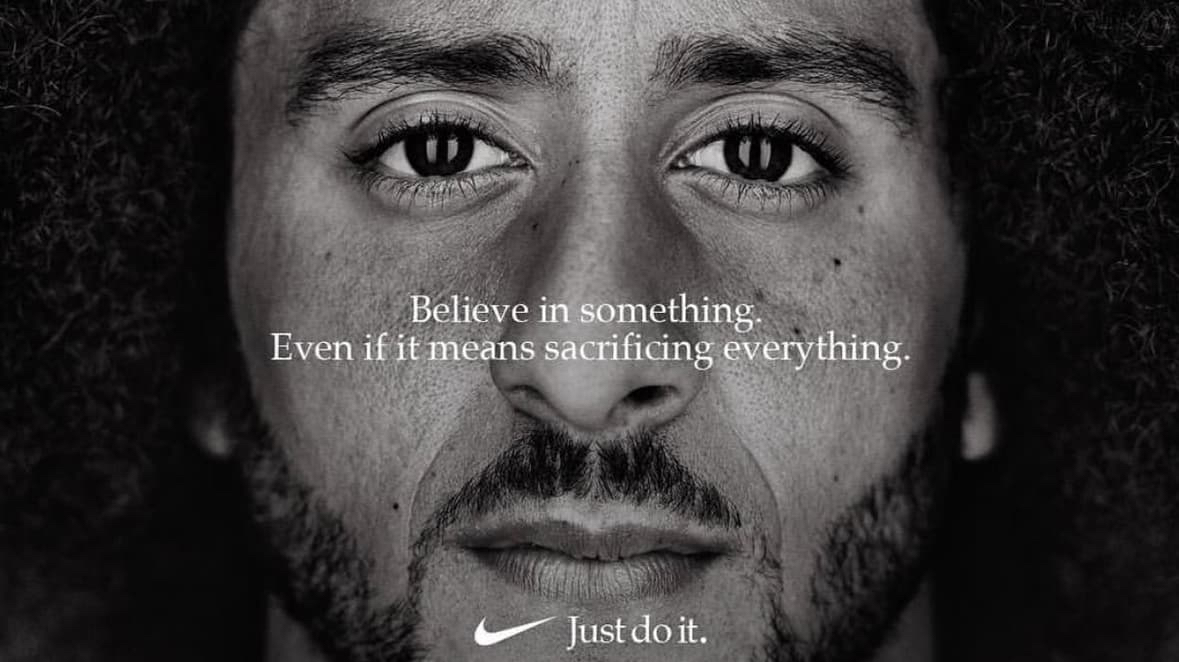 They just had to do it, didn’t they? It’s in their blood, in their essence. To challenge. To inspire. To dare. It’s not a Nike ad if it pull punches.

I’m talking about Nike’s recent ad commemorating the thirtieth anniversary of the Just Do It campaign. The ad headlined by Colin Kaepernick.

The NFL bro with the fro who knelt during the US anthem in protest to police brutality against blacks and racial injustice in the US.  The guy President Trump more or less called a “son of a bitch.” 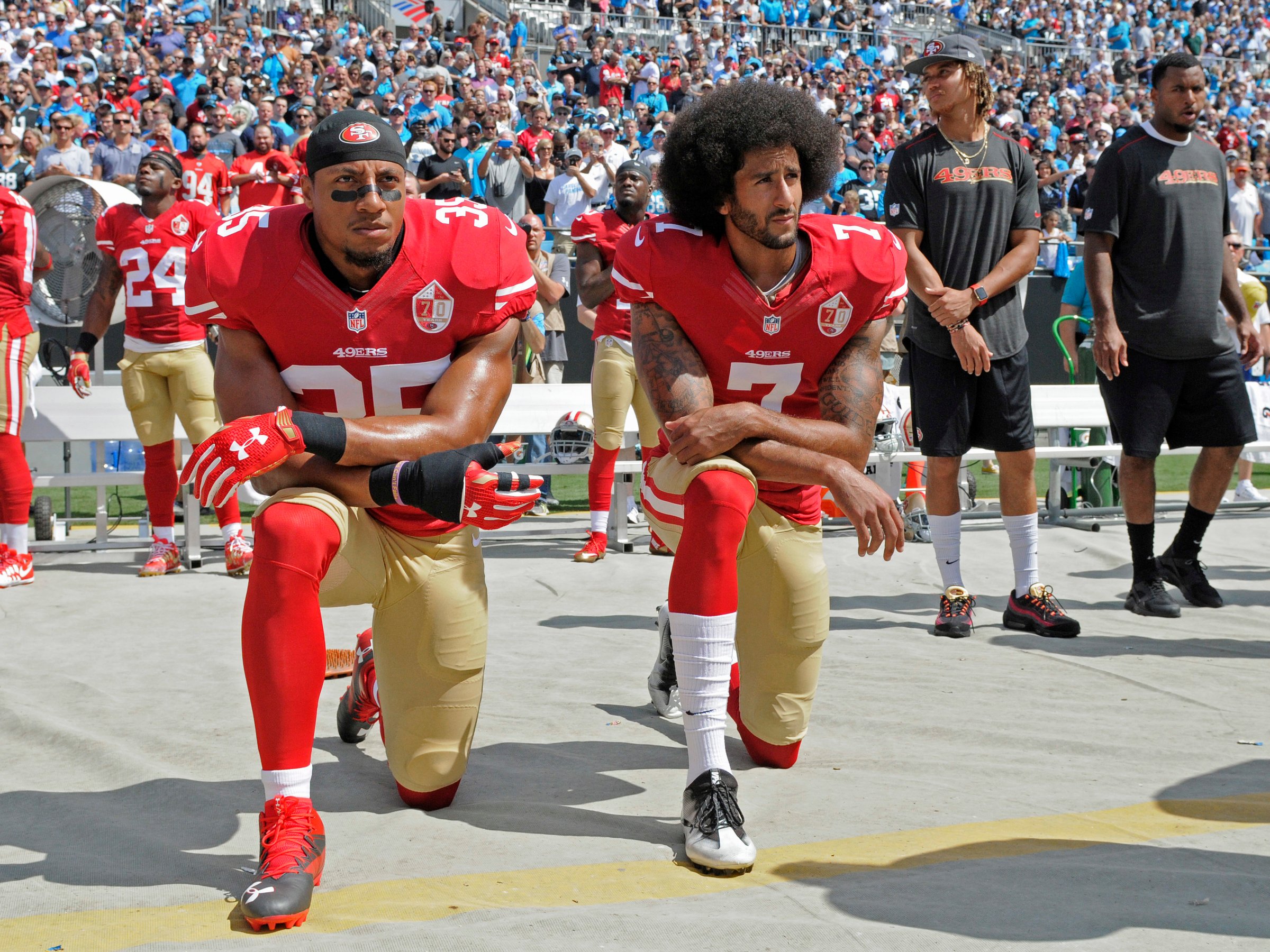 The US is hotly divided on CK. Many praised him for his bravery and standing for what he believed. But just as many condemned him for being unpatriotic and disrespectful of the US flag and military. He is now something of an NFL pariah. He can’t get a club to play for. No club wants to touch him for fear of alienating the fans.

Yea, that’s the dude Nike  chose to be the face of its new campaign.

Oh, Nike! What mighty cojones you have!

Not unexpectedly, the ad’s thrown quite a storm in the US. President Trump says the ad sends a ‘terrible message’ and some folks were seen on Facebook and Instagram burning their Nike stuff.

What?! Burn my own Jordans? Let’s ignore for a moment that old angry white folks are not exactly Nike’s core demographic, there’s still no way I’m setting fire to anything I own except bills.

But Nike is standing by its man. Putting its money where its mouth is. It knows it’s not going to crash and burn because a few people decided to burn stuff they no longer need.

But obviously in Europe and North America, consumer backlash is taken seriously.

In my beloved Nigeria, fat chance.

As unfashionable as it may sound, the Nigerian consumer is extremely forgiving. Brands and companies get an easy pass. It’s both a curse and a blessing. A blessing because we give second chances.  A curse because it encourages mediocrity.

And it’s also why cause-related or the so-called ‘purpose-driven’ marketing is futile in Nigeria.

We are no more likely to reward ‘purpose-led’ companies with increased custom than we are likely to punish corporate malfeasance with a brand boycott.

A couple of months ago, a friend was travelling to the US via Qatar Airways. I asked him if he wasn’t concerned about Qatar’s purported link to ISIS and its widely reported Machiavellian labour practices.

The dude looked at me like I was crazy.

It obviously also helped that Qatar Airways is one mighty fine airline. One of the best I’d say.

Also, in the aftermath of the BBC-Codeine-Emzor- brickbat, at a pharmacy one day, I asked a customer who had bought Emzor paracetamol if it mattered to her that Emzor Pharmaceutical was implicated in the codeine abuse reportage.

She shrugged and said “Paracetamol is different from cough syrup. And if I don’t buy Emzor paracetamol, what will I buy?”

There you have it. Almighty insights from a huge sample size of two.

In Nigeriana, it’s a tad difficult to be influenced by cause-related marketing when you are hopping from one Danfo to the other. It is perhaps not unexpected for a society that still lives between the last two rungs of Mr Maslow’s pyramid not to be concerned with ‘higher-order’ values and existence. It pervades our politics, our social and working life. Around here, availability is king. Asking for excellence is ingratitude.

But man, Nike makes some of the most inspiring advertising in the universe. Stupendously brilliant advertising. Hats off to the Nike marketing team and of course Wieden + Kennedy. 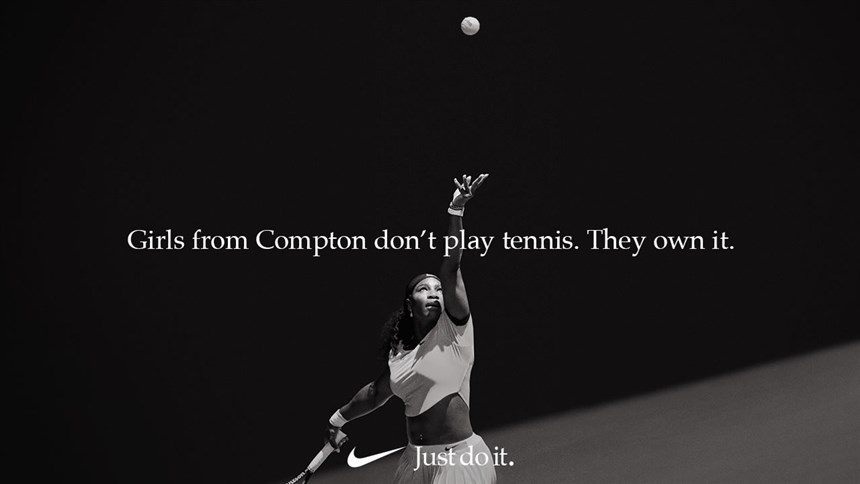