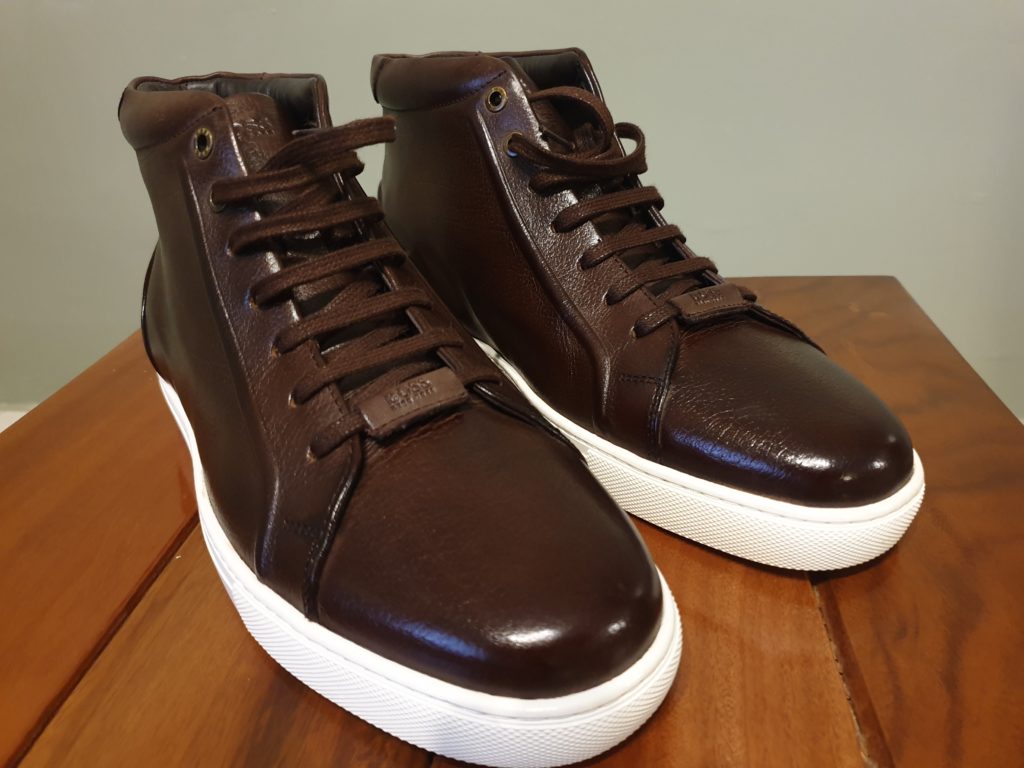 Lust of the eye. Pride of life. Instant gratification. A marketer’s best friend. We love that you have them. We tell you it’s OK to have them. To sate them. After all, you only live once. Humans have had those predispositions since Mrs Adams bit on that fruit. I imagine how the serpent hustled her.

Serpent: Yo sweetness, let me holla at you real quick.

Serpent: But I know you. You are smart and the finest chick on the planet. But you aren’t all you can be. You haven’t been getting all you deserve.

Serpent: Look, you and Adam are the first bae and boo on the planet. The very first. That’s a very important position.

Serpent: But what do you have to show for it? Eating mangoes and cuddling tarantulas all day.

Eve: I love tarantulas. They are cute.

Serpent (exasperated): That’s the point. You need to wake up! You might think the Old Man has entrusted a lot to you. That he’s given you authority and power over all this place. But he’s keeping the most important thing from you.

Serpent: Information. Knowledge. Knowing what’s up. That’s why he told you not to eat that fruit because he knows that when you do, you’ll be just like him. Gods in your own right. Master of your fate and captain of your soul.

Serpent: And personally, I think you guys will make really cool gods. You rock. You are the mom and pop of all humanity.

Eve: Mom and pop of all creation. That’s what’s up!

Serpent: Yea, sweetheart. That’s what’s up. So, you just go over to that tree and have yourself a snack.Be as wise as God.

Eve: WOW! Thanks, Serp! Yo, Damzi! Where you at? Let me holla at you real quick…

You get the point.

If we don’t have affectations, there won’t be luxury goods.

I recently bought the LG C9 OLED TV. It’s absolute bee’s knees. If you died and wanted your life played back, you’d want it played back on the C9. Glorious picture. Especially with 4K and 1080 content. It was voted the best TV of 2019 by almost all the gadget review websites.

But here’s the rub; 90% of the content I’ll watch on it are in Standard Definition or 720p. DVD quality. That’s what most of DSTV’s content are broadcast in. They’ve got some HD or ‘1080p’ channels but these are few. But no 4K content whatsoever. Yet I bought an expensive 4K ‘UHD’ TV. True, I’ve got some 4K content on Apple TV and on Netflix and have a slew of Blu ray discs. But did I really need an expensive 4K TV knowing it will be underutilized?

Features and aesthetics aside, I bought the C9 because I loved the way it made me feel. I feel discerning when I reel off what it can do to my mates.

And that, ladies and gentlemen, is the heart of advertising and brand touchpoints. Stimulate interest and desire. Encourage instant gratification.

On a recent visit to the US, a friend asked for my help in picking a ‘designer’ shoe for some government guy in Lagos he was prospecting for contracts. The chap was on the up and up. Someone to court. It was important for my friend not to come across as a cheapskate. So he was going to buy the guy a really nice shoe. Nothing over the top but something nice and with a name. I would help in delivering the shoes in Lagos.

So we hit an outlet mall. Wandered from store to store. We went into the Hugo Boss store. I instantly saw something I liked. A chocolate leather sneakers. Chic but simple. It oozed class. $300. And that was with 25% off. 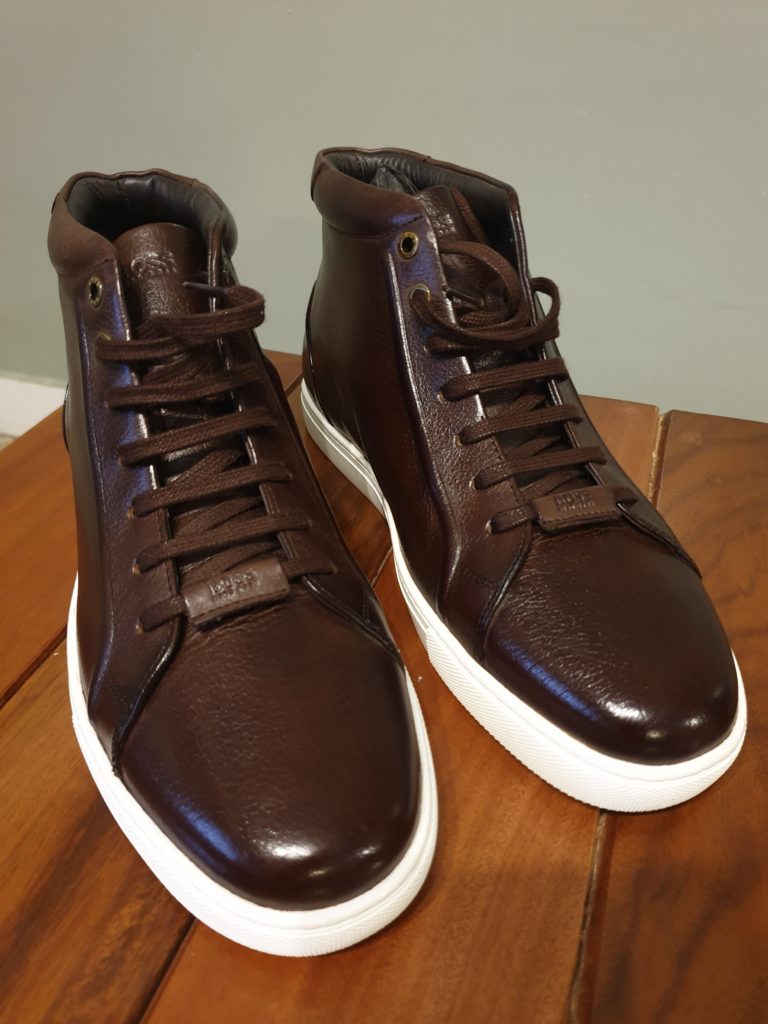 My homeboy decided the fella was worth it. And the price was within budget. As I was the same shoe size as the guy, I tried the sneakers on to get the size right. Jeez, it felt nice. Maybe I am Kanye after all.

I came back to Lagos with the shoes. I would find time to go deliver to the chap.

She’d reached out to my friend while I was out on the city. She’d got his cell number from another friend. Told him she wanted to buy me a nice shoe for my birthday. Said I was a sucker for big-name brands. She’d given a budget and wired the money. So they hatched the plan together.

My mind went back to the day. How my friend was always on the phone while we were in the stores. He was giving her updates. He’d been longer on the phone at the Boss store. He’d leave my side to make or receive calls. If she was spending $300 on a pair of sneakers, she needed to be sure I liked it. I was never the wiser.

In truth, I like big-name brands. They signify consistent quality, are better value on the long run and they minimize buying risk. You know what you get. But there’s a thin line between liking big brands for their perceived value and engaging in ‘conspicuous consumption’, or doting on Veblen goods.

A fallout of conspicuous consumption is love for Veblen goods. Luxury goods and services whose demand increase as the price increase. In fact, if their price were to fall, their demand would taper off. That’s in obvious contradiction to the law of demand. With most sapiens like you and I, the higher the price, the faster we bolt. Not with Veblen goods. The fact that most people can’t afford them is their attraction. They are unashamedly status symbols. You know them; a Birkin handbag, a Patek Philippe watch, certain types of wines, diamonds, yachts.

By the way, do you know the top fashion houses burn or destroy unsold clothes in order to preserve their exclusivity? They can’t risk the unsold items making their way to the grey market and sold off at equity-destroying discounts. Burberry was at the center of such storm a few years back.

That is why advertising is incredibly powerful in influencing not only beliefs about a brand but also belief about yourself. Never underestimate advertising. It can be both a tool for good and bad. It’s why you need to, as we say, “shine your eye” or “borrow yourself brain.”

No one needs to affirm you. Your self-worth is not in what you have. It’s in who you are.