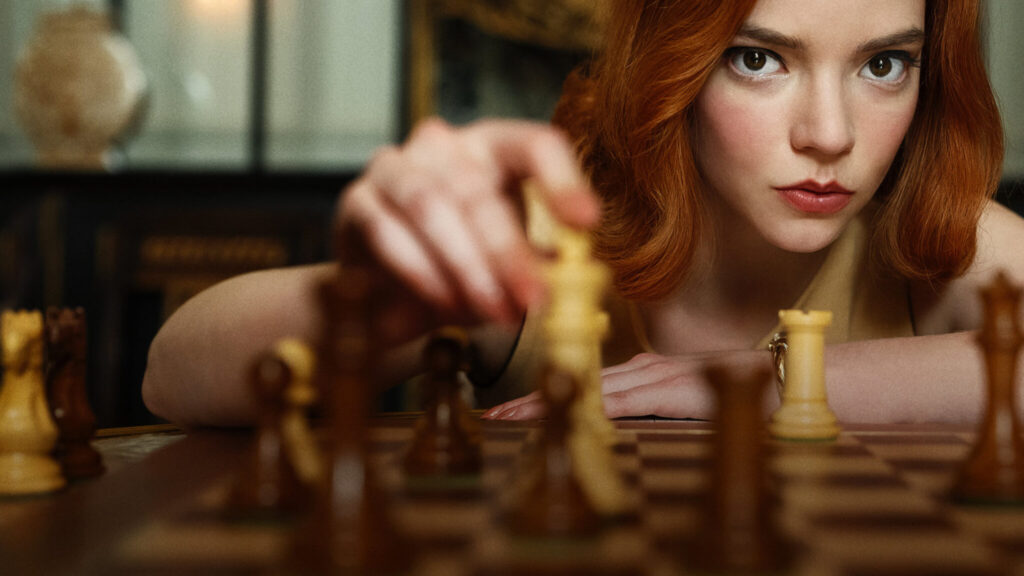 Absolute bee’s knees, The Queen’s Gambit. Fictitious yet compelling. The brilliance of the scripting was you didn’t have to know how to play chess to enjoy the series. It was about chess but not only about chess.
Because I played a little chess as an undergraduate, I enjoyed The Queen’s Gambit more. Playing chess made me look smart. And when you looked like a gangster, looking smart helped.
The bloke who taught me how to play always rhapsodised about ‘grandmasters’ and ‘gambits.’ He knew more about Bobby Fischer, Capablanca, Karpov and Gary Kasparov than he knew his Fortran. Heck, I knew the Sicilian Defence long before I knew Al Capone.

END_OF_DOCUMENT_TOKEN_TO_BE_REPLACED

I love movies and the big screen. I don’t mind sequels but don’t have the patience for series. I never saw an episode of Prison Break. Nor know jack about Jack Bauer. Same for House of Cards, Breaking Bad, Empire, Game of Thrones or Money Heist.
Yea, I’m that guy.
But two friends persuaded me to watch The Crown. Pleaded. If I enjoy British flicks and visiting good old Inglaterra, I must like The Crown, they argued.
Well, true. I do like fish and chips and bad weather. But dare I say some prolonged series about a musty institution was not my cuppa. I decided to give it a try nonetheless. One episode only. If it turns out to be a waste of my time, there’ll be blood and feathers.
So, Season 1, Episode 1.
Well, Season 4 couldn’t come soon enough!
Over several weeks I watched all three seasons. 30 episodes, I think.
Revealing.
Riveting.
Resplendent.
The picture is glorious and the attention to detail obsessive. The casting and acting are ridiculously excellent.
It was a rollercoaster of emotions. One moment I am at the top of the Hills of Laughter and in the next scene, I’m plunged into the Valley of Despair. I loved the monarchy. Then disrelished them. Then sympathised with them. Then got mad at them again. Then loved them again.
Sigh. This is why I do not watch series. My feelings are fragile, easily yoyo-ed.
I am not a royal-watcher and hence not knowledgeable about the monarchy. All I know about them was that Diana died, William married Kate and Megan ferreted Harry away. End of. So I found The Crown illuminating.
And that is the problem. It is, in large parts, fiction. Critics have accused Netflix of traducing the royals with damning fabricated history. Britain’s Culture Secretary Oliver Dowden, wants Netflix to make clear the series is fiction.
“I fear a generation of viewers who did not live through these events may mistake fiction for fact,” he said. “Netflix’s beautifully produced work of fiction should be very clear at the beginning it is just that”.
Of course, Netflix has said, no guv’nor, we can’t add a disclaimer to a drama, now, can we?
Says them: ” We have always presented The Crown as a drama – and we have every confidence our members understand it’s a work of fiction that’s broadly based on historical events.”
It’s easy to understand the outrage of monarchists and royal historians. All you have to do is watch Season 4. Chagrin galore. The treatment and disregard of Margaret Thatcher by the royals. The brood’s loathing of Diana. Prince Charle’s serial adulterous relationship with Camilla. Diana’s bulimia. Oh, you’d detest the monarchy I assure you.
Yet it is all fiction. Not until I came across opinion pieces on the show did I realise that.
It is reasonable to believe only a few viewers of The Crown know this. That it is “an act of creative imagination” with a “constant push-pull” between fact and fiction, according to creator Peter Morgan.
And that shows the huge propagandising power of movies and cinema. The lines between truth and fiction become blurred. China and Russia are always villains. Brazil is all favelas. And Africa is one country and we all look and speak alike. A lie travels around the world in seconds before the truth has laced its boots.
What is true, what is fiction?
Damn if I’ll be trusting the TV or social media to tell me.
Standard