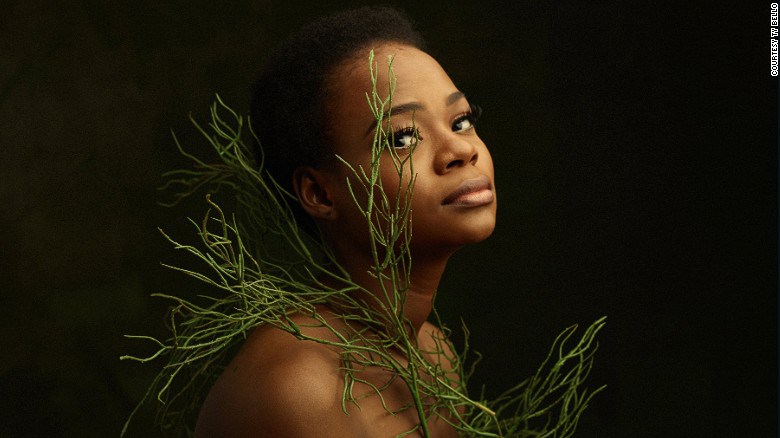 Still bewildering, the Olajumoke Orisaguna make-over. Some girl walks into a photo shoot with loads of bread and she becomes the toast, jam and bacon of everyone. She bombed a photo and no one deemed it necessary to haul her into jail. She bombed something, people! Bombed, devastated, torpedoed, wrecked; cannonaded. Tinie Tempah could have been killed by the aftershock and TY Bello could have been ruined. But what do you have, Olajumoke stars on CNN and in the Huffington Post. So what exactly do you have to do these days to be called a terrorist?

A photobomb is still a bomb. Period.

But what a story! What a break. I mean, what are the odds? You didn’t play the lottery but still somehow won it. How is that even possible?

Touched by her story, a couple of companies have come forward to embrace Olajumoke under what may probably be subsumed under Corporate Social Responsibility. Stanbic IBTC Bank, Sujimoto Construction and Payporte.com amongst others are the notable contributors to the Olajumoke extreme make-over.

Under the concept of Corporate Social Responsibility (CSR) or social good, companies are adjudged to have an obligation to employees, customers, the communities and societies in which they operate. It implies that companies must look beyond profit and be involved in the enhancement of the human condition or the environment.

While CSR is voluntary and not obligatory for companies, many businesses are happy to be involved in it. But it is usually for more than altruistic reasons. It is simply good for business. It helps to enhance brand image and company reputation, helps to achieve lower operating costs, aids the lobbying for reduced regulatory oversight or helps attract top talents, amongst other benefits. Apparently, the only people who still give a free lunch is The Salvation Army.

Not that Mrs Orisaguna will be interested in pointless philosophical arguments.

However, a CSR initiative becomes a very strong marketing tool when it ties organically to the essence, business or campaign promise of the company.

That is why I think the association of Stanbic IBTC Bank with Olajumoke is the most logical and credible fit from a brand point of view amongst the companies that have been involved in Mrs Orisaguna’s story.

For six years and under its ‘Moving Forward’ brand campaign, the bank has run a consistent message of empowerment and connecting people and businesses to what they need to ‘move forward.’

By giving Olajumoke’s children scholarship up to university level, the gesture will undoubtedly move Olajumoke and her family forward from a literacy and education point of view.

But the Stanbic IBTC intervention via-a-vis its ‘Moving Forward’ positioning could have been a lot more powerful and stronger if, for instance, it helped Olajumoke set up a modern bakery. That would have delightfully moved Olajumoke and her business forward and reinforce the bank’s campaign proposition.

Except Mrs Orisaguna was never really into bread. I can understand that. I go to work every day. I’d rather be doing something different.

Perhaps the most noteworthy intervention in the Olajumoke story was the provision of a luxurious apartment to her by Sujimoto Construction.

While I do not believe that the provision of the luxury apartment has a strategic brand fit between what Sujimoto stands for and the needs of Olajumoke, it nevertheless ties back to an aspect of the core offering of Sujimoto; provision of accommodation.

For Payporte.com, an e-commerce site, the company has made Olajumoke the ‘face’ of the company and has the gay portrait of Olajumoke on its billboards with the headline ‘Dreams Come True.’

Payporte.com and Olajumoke could have been a credible association if Payporte had positioned itself as a brand that makes dreams come true. It doesn’t have this positioning and consequently, its association with Olajumoke is a tenuous one. But maybe Olajumoke is the launch of a fresh positioning for Payporte.

Of course, there’s the point that Corporate Social Responsibility should transcend any brand fit or ‘corporate advantage’ and must ascend to the higher calling of altruistic social good.

It’s an argument with strong merit and surely the intent of the advocacy for CSR. However, the various company interventions in Olajumoke Orisaguna’s story appear to be more tactical marketing than a concerted CSR effort.

At any rate, if any initiative, CSR or marketing, puts a smile on someone’s face, well, hats off, lads. One is better than none.