So Munich was the third city I was visiting on my 9-day, 5-city Holocaust jaunt. You can read about my visit to Berlin here and the visit to Amsterdam here.

My chariot from Berlin to Munich was once again the ultra-fast ICE Sprinter service. Just like the train service from Amsterdam to Berlin, you simply get on the train without a check-in. You get to the train station, locate your train and get on the couch. No one checks your ticket or absence of it. Now, I believe you are not that guy nursing the idea of free travel at the Deutsche Bahn’s expense. I advise you to perish the thought now. At some point during the journey, the conductor will come round to check for tickets. If you are caught without a ticket, the train will be stopped, you’ll be tied on the tracks and then run over.

OK, just kidding. Don’t be a jerk. Pay for your travel.

But fly that train flew! I clocked it doing over 210km/hr at periods. It flew. Through meadows, valleys, farms and wind turbine installations. We got to Munich Hauptbanhof in just under four hours.

What were my first impressions?

Well, in Munich beer is food. You could have had five bottles of beer and not had a drink yet!

Hahaha. The Dachau tour guide told us that.

There is some aloofness about Munich. An imperiousness. This is not an effusive and necessarily welcoming city like Berlin. You are well-advised not to expect warmth.

While waiting to catch the train to Dachau at Munich Hauptbanhof on my second day, I went to a Chinese food stall for some chow. I stood in front of the menu board unsure of what to order. Then along waltzes a smiling oriental attendant. He enthusiastically pointed me in the direction of fried chicken and boiled potatoes.

No, he didn’t just do that!

I was livid and barked my disgust at him. That caught him unawares.

I was surprised that he was surprised. So, I thought to myself; “Calm down, Jide. Maybe this dude doesn’t even understand the symbolism of black people and fried chicken. I mean, the dude could barely speak English. And you are not African American anyways. So, why the offense? Maybe fried chicken and boiled potatoes was all he’d seen most black people order.”

No matter. I still thought it was profiling and stereotyping.

I stilled my anger with a bowl of noodles and pork chops.

Why am I in Munich anyway?

Munich was “Hauptstadt der Bewegung” – “the Capital of the Movement.” The birthplace and spiritual home of the Nazi Party. This was where Hitler began making all his speeches and building the followership that resulted in the Third Reich.

Munich was also where the Nazis built the first concentration camp, at Dachau, just outside the city.

I had booked the Hitler and Third Reich Walking Tour. There were twelve of us on the tour. Our tour guide was a guy named Achim. Sarcastic and funny guy. He took us on a walking tour of historical Nazi sites in Munich. We learned about Hitler and the Nazi party. We walked over 6km in about 2hr 30m.

By the way, did you know that Hitler was a sir-fart-a-lot? Yep, he was a fat-bag. His farts were so horrendous they could put out an elephant.

He also thought he would die young, like his parents.

40 would have been better.

Heck, maybe he should never have been born.

Day two of my stay in Munich was when I visited the Dachau Concentration Camp and the BMW Museum. 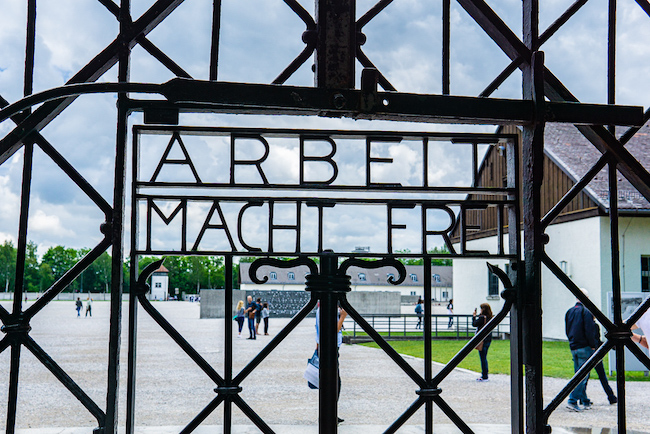 That’s the dubious charge that greets you at the gate of the Dachau concentration camp and all concentration and extermination camps the Nazis built. It means “work sets you free.”

I could see the twisted humour in it. Inmates died from overwork and exhaustion. Their spirits left their bodies. You could therefore say work set their souls free. 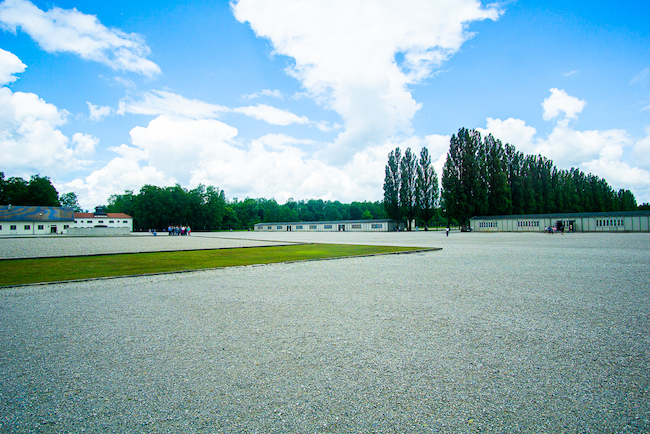 My Dachau (pronounced ‘Dakau‘) was an older German chap who looked so much like Christoph Waltz. I liked him the moment he was introduced to us. 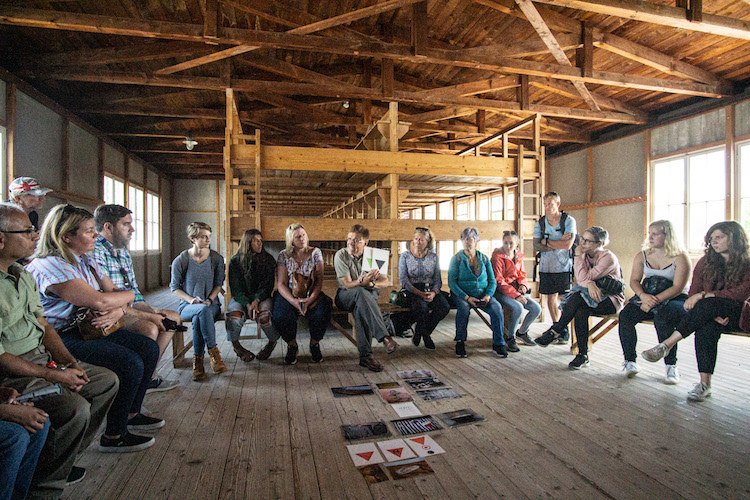 Dachau was opened in 1933 shortly after Hitler became Reich Chancellor. It was the prototype for all other Nazi concentration camps. It was initially designed to be a “school of correction” where political prisoners and criminals were sent for punishment and harsh re-education. It eventually evolved into a death camp where thousands of Jews and other “undesirables” died through malnutrition, overwork, disease or outright execution.

The “undesirables” were people Hitler considered unfit for the new Germany he conceived or people who opposed his racist Nazi ideology. These comprised artists, intellectuals, the physically and mentally handicapped, homosexuals, Jehovah’s Witnesses, and of course, Jews. Some prisoners of war were also kept in Dachau; Poles, Soviets, French, Yugoslavs, Czechs.

Dig this. When the US Army’s 45th Infantry Division liberated Dachau in April 1945, they released all the prisoners of war. The Soviet POWs refused to go home. They argued that if they went back to Russia, Stalin would probably treat them far worse for having been caught by the Germans. At least 3 of them shot themselves dead rather than go back to Russia.

Beware any regime that extols atheism.

Anyway, back to Dachau.

At Dachau, detainees were also subject to brutal medical experiments. In the cause of the camp’s existence, over 34,000 people perished there. 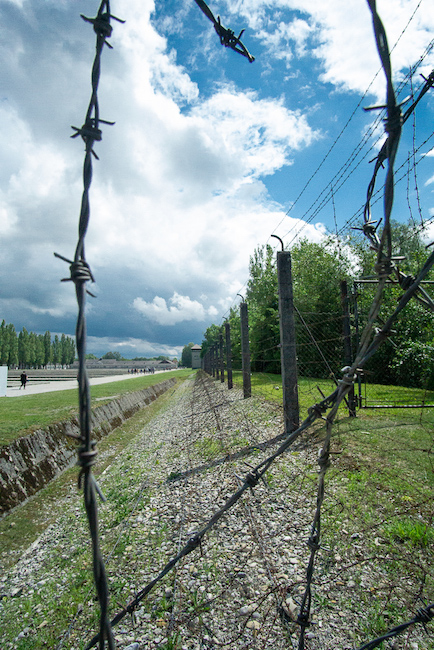 You ask yourself how educated and enlightened people such as the Germans were could be complicit in the mass murder of millions of innocent people.

As you would expect after such a distressing tour, my spirit was a wee bitter. So I found myself a nice little confectioner and ordered nice Bavarian strudels. Two plates. Just to be certain the bitterness was fully dispelled. 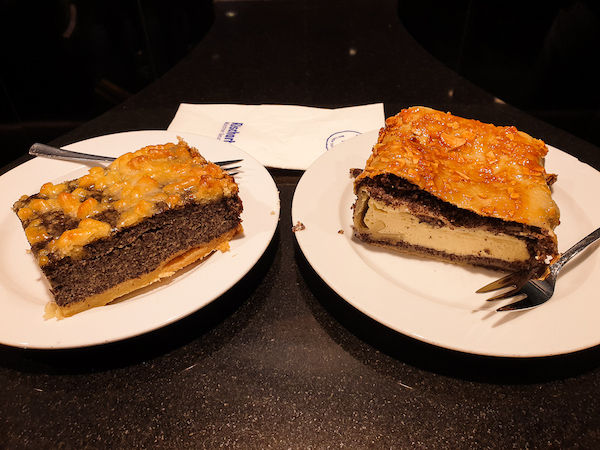 And well, what do you know! The Doner Kebab chased me to Munich!

It is something of a consensus that Mustafa Gemuse Kebabs are about the best kebabs to be had in Germany. I’d had my fill of kebabs in Berlin and was not going to have any more in Munich. But what’s a man to do when Mustafa willfully erects a kebab shop in your path? I’m not one to spurn a man’s hustle. 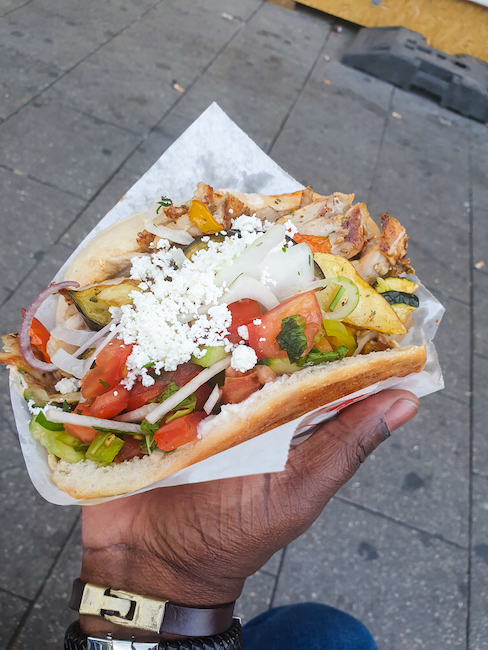 Sim Simma, who got the keys to my beemer?

Nothing better to take your mind off death and suffering than a beemer.

By the way, do you know the Quandt family owns about 49% stake in BMW? They are the richest family in Germany.

Not particularly interesting news. Until you realise that Gunther Quandt, their progenitor, built his vast empire aiding the Nazi war effort and using forced labour. At some point, the Quandt businesses used over 50,000 forced labourers from concentration camps.

If you don’t have to pay salaries and benefits to 50,000 employees, that saves a tidy penny, doesn’t it? Pennies that grow over time and that could, for instance, be useful in acquiring a certain troubled automobile company – BMW. Courtesy of the Nazi dispossessing Jews of their businesses, Gunther was also able to acquire many Jewish businesses for next to nothing.

But hey, it’s all water under the bridge now. Many of the companies we have grown to love today also profited from the Third Reich; Hugo Boss (he made those smart black uniforms the dreaded SS wore), Siemens, IBM (developed the numbering mechanics by which all Jews were identified and recorded in the camps), Coca-Cola (“Fanta” was specifically developed in Germany for Germans to bypass the trade embargo the Third Reich placed on Coke and American imports), Bayer (made the Zyklon B gas used to gas Jews) and many more. Many of those companies have officially acknowledged and apologized for their part in the Holocaust. They have contributed millions of dollars to funds set up for reparation and compensation. 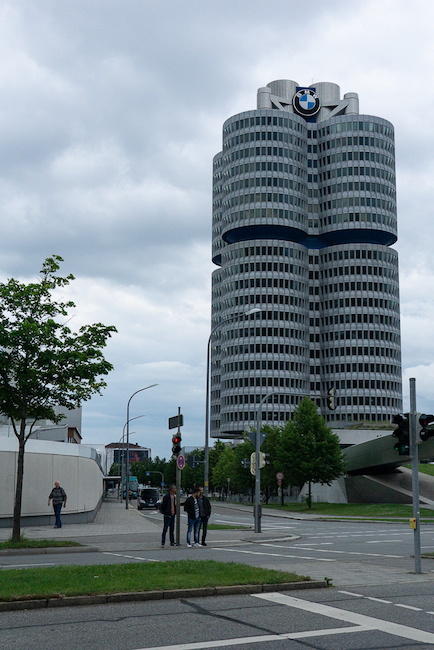 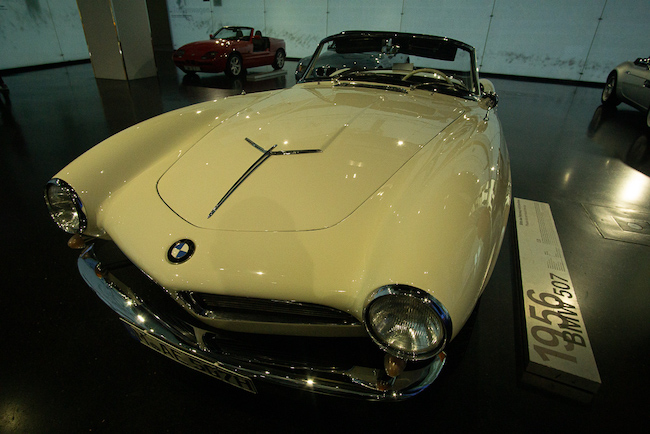 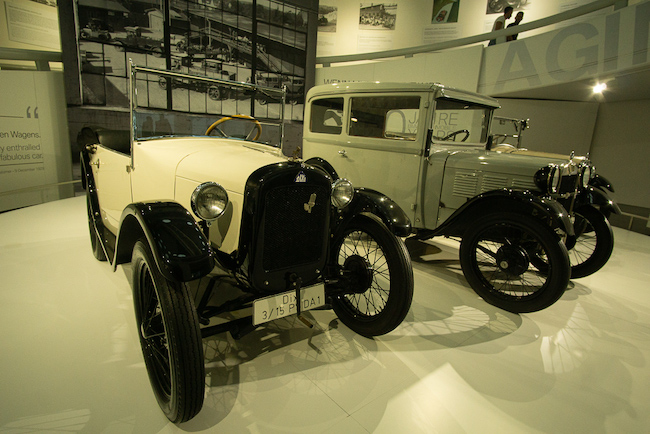 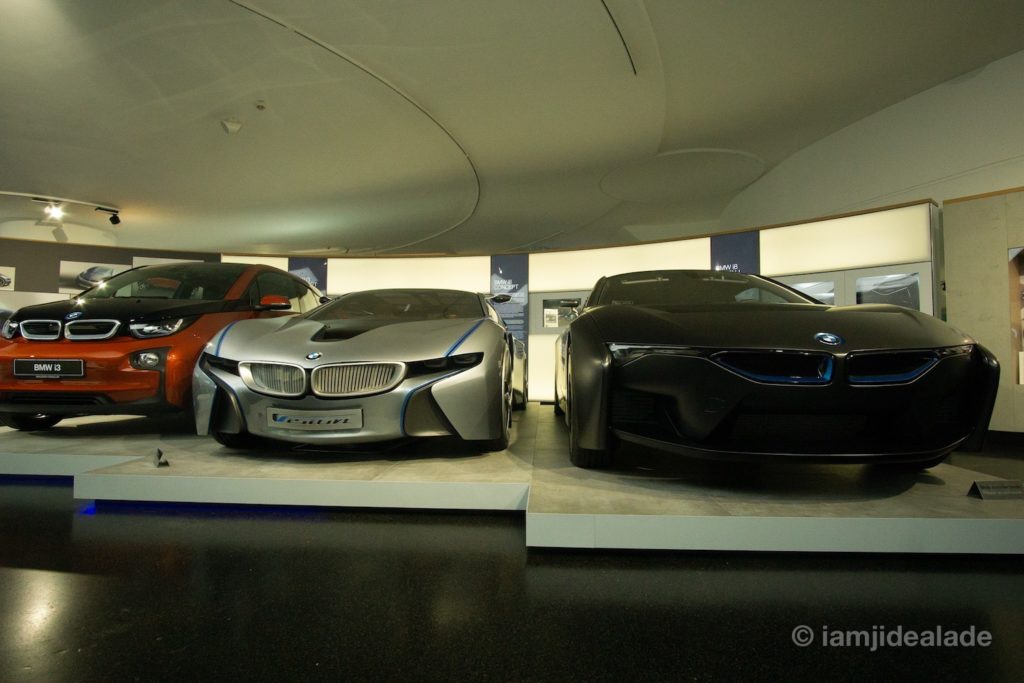 Right across the road from the BMW Museum is BMW Welt. You can test drive a BMW and order one there. It will be delivered to you anywhere in Europe.

Look, all I ask is the chance to prove that money can’t make me happy.