On to the last leg of my Holocaust jaunt. To Krakow, Poland.

Done with Budapest, I chose to take a bus to Vienna. I would then take a sleeper train from the Wien Hauptbanhof to Krakow. 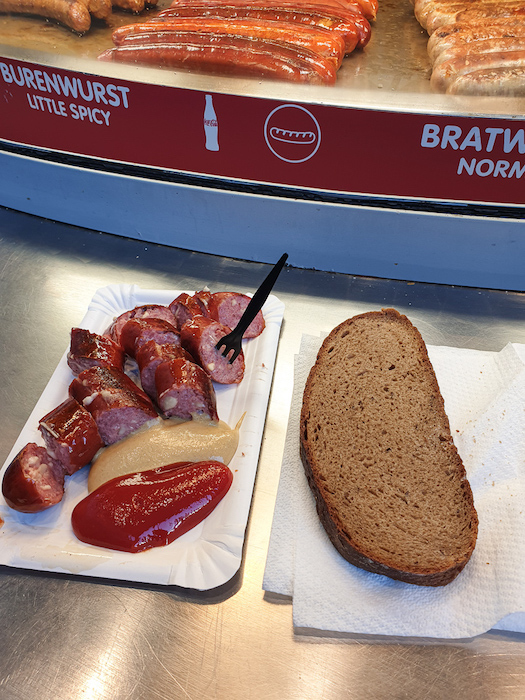 Just as with the journey from Munich to Budapest, it was dark and there was nothing of interest to see. In between reading A Forest of A Thousand Daemons and short snoozes, the time flew by quickly.

Soon it was dawn. The morning was covered with mist. The train rolled slowly through villages and farmsteads. Along the rail tracks were lone houses with dim lightbulbs. The mist gave the villages an ominous feel.

Sometime around 6:00am, we passed very close to a house. Upstairs, there was a woman by an open window. She was taking in the fresh morning air. I was peering out my cabin window too taking in the rustic scenery. When the woman saw me, she reeled back sharply from the window and closed it.

We arrived Krakow Glowny station at about 6:30am. Warsaw was 3 hours away.

Close to 1 million Jews were gassed to death there in 3 years.

When I disembarked from the train at Krakow Glowny, I hailed a Taxify to take me to my hostel. The driver would meet me at Car Park 5, on the fifth storey. At the elevator, there was a white older man also waiting for the lift. I reckon he would be in his early to mid 60s.

I greeted “good morning” with a big smile. The man looked me over and ignored me. Trust me, I didn’t look like a bum. I had a very chic camera backpack and a cool National Geographic carry-on. Every inch the tourist.

I greeted the man again with an even bigger smile. Maybe he didn’t hear me the first time. The man looked at me again and ignored me still.

I concede that perhaps the old chap doesn’t speak English.

But the look. Loathsome. Looks don’t lie. You know when someone abhors your presence.

In the second incidence, a few hours later at the same train station, I had approached a policeman for directions. The buses to Auschwitz were somewhere around the station and I needed directions. So I approached the cop.

The guy shooed me away without listening to what I had to say. He returned to fiddling with his phone. I told him I needed help with directions. He gestured to me to get lost.

After the experience with the policeman, I told myself there was no way I was exploring this town after 7pm.

Which was a shame because Krakow is the intellectual and cultural heartbeat of Poland.

The third incidence was on the second day, my eagerly anticipated day of departure from Krakow. My flight from the Krakow-Balice International Airport to Amsterdam Schiphol was 7:30am. By 5:30 I was outside my hostel having hailed a Taxify.

Then along came this white dude. He was drunk somewhat. He walked past me and then walked back. He raised his hand and asked me to hi-five him. He was speaking Polish, or what I assume to be Polish. Could have been drunkenese.

I shook my head in the negative. I’m not hi-fiving you, mate. I mean, I don’t know the dude.

They asked what the matter was. I explained to them what happened. They spoke to him in Polish and an argument ensued. They asked him to apologise to me but the fella refused (I suppose for my benefit, they spoke to him in faltering English). They then told him to be on his way but he was yet unyielding. They tried to shove him off but he was adamant. He kept talking to me.

One of the officers brought out a hand-cuff and was going to cuff him. Only then did the chap become sober and walked off. The police then got into their van and drove off.

From what I saw in my less than 48-hour stay in Krakow, black people are as plenteous in the city as virgins are in a brothel. I was obviously an interesting sight to the guy. Not because he was drunk but because I was black.

The food accepted me for what I was – a hopeless and hungry food lover. No discrimination.

“All the Dachaus must remain standing. The Dachaus, the Belsens, the Buchenwalds, the Auschwitzes – all of them. They must remain standing because they are a monument to a moment in time when some men decided to turn the Earth into a graveyard. Into it they shoveled all of their reason, their logic, their knowledge, then we became the gravediggers.”

I’ll tell you how man descended into such evil. 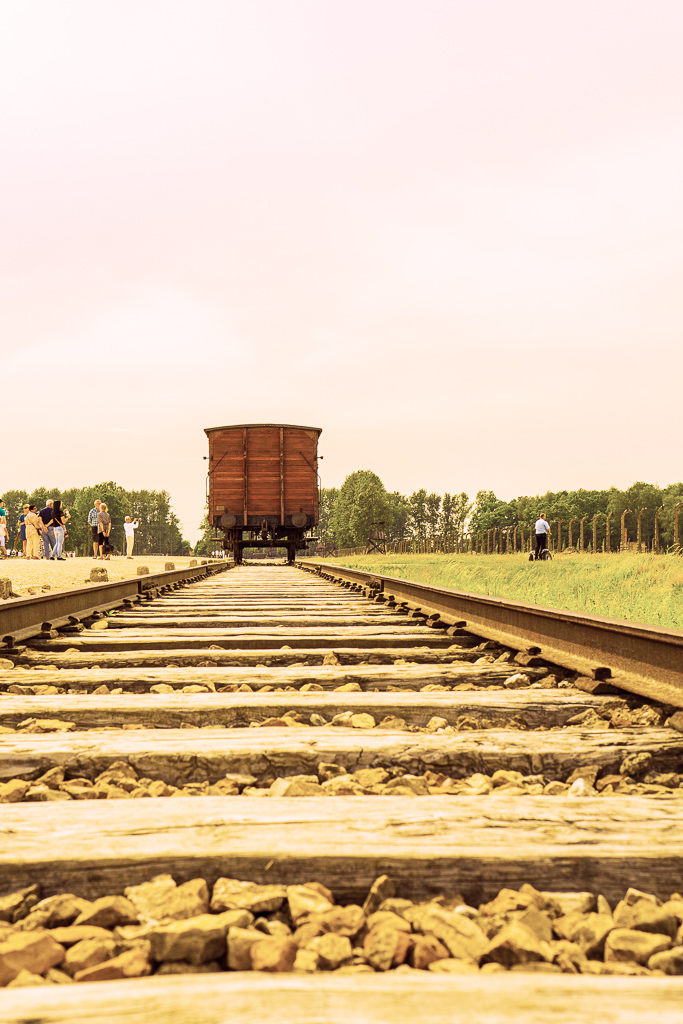 “Never again, you say? Maybe you want to explain what happened in the Rwandan genocide. 800,000 Tutsis killed in 100 days by the Hutus.”

Yet some people had the nerve to doubt if the Holocaust really happened. They ask how the world could have stood by and watched the annihilation of 6 million Jews. Scarily, the history is being forgotten.

This ends the account of my Holocaust jaunt. Thanks for journeying with me!