“Psst…have you heard? 5G tech caused Covid-19! It’s a ploy by the New World Order to get us chipped. Remember 666? The mark of the beast? That’s the end game!”

“Psst…the 2004 tsunami was caused by a secret underwater nuclear test by India.  US and Israel scientists were involved.

“Psst…Diana was killed by the MI6 on instruction of Her Majesty so Diana won’t have an Arab child for Dodi Fayed. Imagine Williams and Harry having an Arab sibling!

“Psst…Malaysia flight MH370 was shot down over the Indian Ocean to prevent top secret information exchanging hands. There was a spy onboard carrying sensitive information.”

How I enjoy a good conspiracy theory!

Oh yes, it helps make the Covid-19 lockdown bearable. Mysteries rouse excitement or anxiety. They titillate. I mean, isn’t it tantalizing to hear there were no Israelis in the Twin Tower on 9/11 when the planes hit? Or wouldn’t you love to lay your hands on the list of all the members of the Illuminati? And psst, come here, did you know a flying saucer crashed at Rockwell, New Mexico in 1947? The US government has alien bodies in custody.

Suppose NASA were to announce tomorrow that they’ve come across sentient extraterrestrial life. Maybe some super-advanced civilization. How would the world receive the news? What implication will that have for religion? Would that question the existence of God or the truth of the Bible?

The real question though is, are there other life forms out there? Given how vast the universe is, surely we can’t be the only one in it?

Allow me to introduce you to the Fermi Paradox. We will start with facts and reasonable assumptions.

The science and astronomy nerds tell us that there are between 100 and 400 billion stars – suns – in the Milky Way, our galaxy. That is a ridiculous number I can’t begin to imagine. On any given clear night, we see no more than 2,500 stars. Yet there are at least 100 billion of them in our galaxy.

But it gets more preposterous. In like manner, there are between 100 to 400 billion galaxies in the universe as well.

That’s a total of one sextillion stars in the universe, or 1022

Which, according to Wait But Why, is about 10,000 stars for every grain of sand on every beach in the world.

Quick, someone get me a Bible!

“When I consider your heavens, the work of your fingers, the moon and the stars, which you have set in place, what is a human being that you are mindful of him, a son of man that you care for him?”

Think about that for a minute. Then pick up your jaw from the floor. Then rage at the scientists reminding you how infinitesimal you are. Then calm down. Then fume again. Now the musing of the Psalmist’s in Psalm 8 v 3 comforts you:

Yup. Even when we are total jerks and nits, He still loves us. 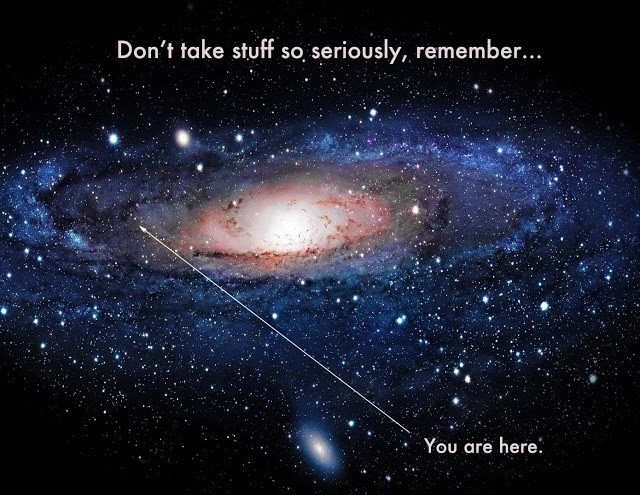 But you might ask, “What’s all these got to do with aliens?”

We are abstracting. Stay with me.

So, out of those 1 sextillion stars, how many of them could be like our sun i.e. similar in size, temperature and luminosity?

The nerds say it’s anything between 5% and 20%. If we go with the lowest estimate, that’ll add up to 500 quintillion, or 500 billion billion stars that look like our sun.

Now I understand why astronomers and astrophysicists are never billionaires. They have no respect for numbers!

500 quintillion. What does that even mean?

But we probe further. Out of this 500 quintillion suns that look like ours, how many of them could have Earth-like planets orbiting it? That is, planets that are similar in temperature, could have water and potentially support life.

The scientists and astronomers say that could be anywhere between 22% and 50%. Again, taking the lowest estimate (22%), that’ll give us some 100 billion billion earth-like planets.

Stay with me, people.

So, out of these 100 billion billion earth-like planets, how many could potentially have some form of life? You know, a noble protozoan here, a mindless algae there.

Here, scientists get entirely speculative. Nobody is certain. It becomes a matter of conjecture. But most think 1% out of those 100 quintillion earth-like planets could support some form of life.

So, that’s about 1 billion billion earth-like planets that could support life.

Now out of that 1%, on how many planets could life have advanced to intelligent civilizations similar to Earth’s?

Scientists think it’s another 1%, based on the Drake Equation (no, not that Drake).

Applying the same math to our hood, the Milky Way, there should therefore be about 1 billion Earth-like planets and 100,000 intelligent civilizations in our galaxy.

Anyway, 100,000 intelligent civilizations is a lot of civilisations. So, if there are that many intelligent civilizations in our galaxy, some conceivably more advanced than us, shouldn’t we have seen their imprint? SETI – Search for Extraterrestrial Intelligence – has been beaming signals into outer space for years hoping galactic brethren would pick it up and respond.

Not as much as a microbial fart.

Chewbacca, ET, Predator, Spock, Asgardians. Where are you guys? Wanna come out and play?

So where is everybody then? 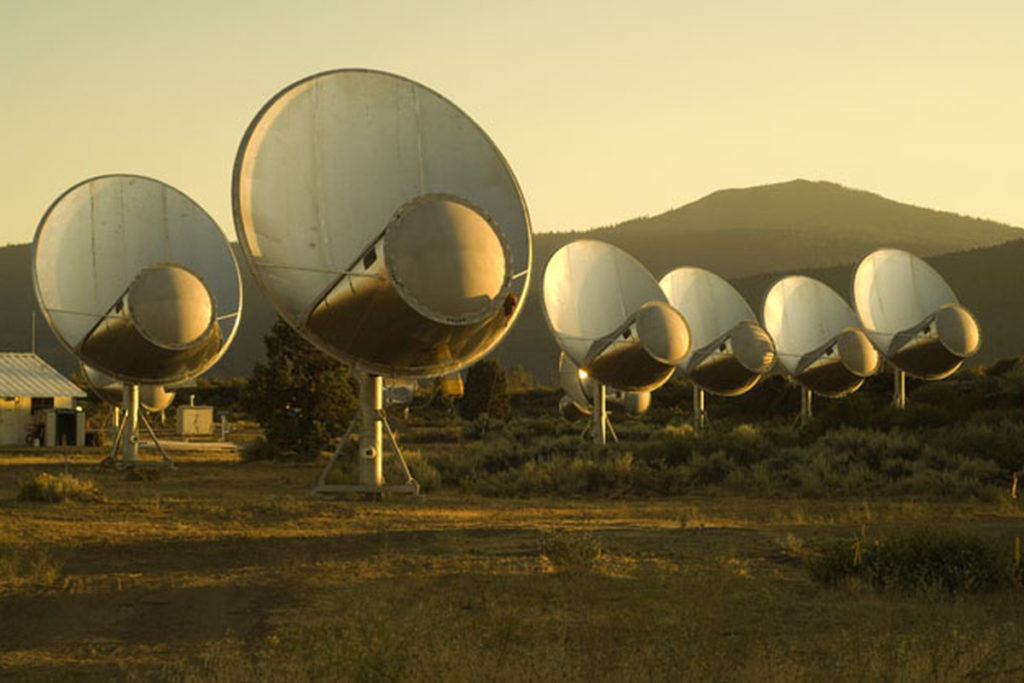 That was the question astrophysicist Enrico Fermi asked and the whole point of his now famous Fermi Paradox. The math says there should be intelligent civilizations out there. Yet we have nothing. So, where is everybody?

A few interesting theories have been put forward to explain the silence of the skies. Below are some of my favourites.

2. They’ve been here before.

Aliens have visited the Earth before we were all here. All they found were some rather shocked and intrigued hunter-gatherer folks who offered them roasted warthog and palm wine. The aliens muttered “losers” under their breaths as they left. Unfortunately those ancient blokes didn’t know how to write and so couldn’t document the encounter and pass on to us in the future. Losers. 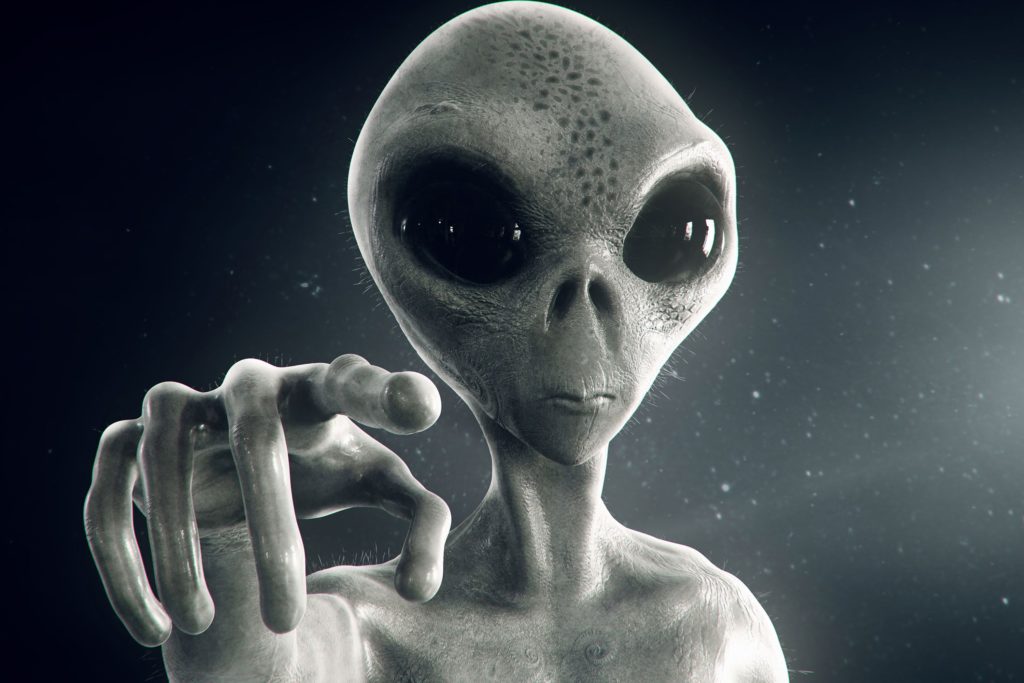 Our technology is too primitive to detect alien presence. We are still bickering over 5G when someone out there is on 10 million G 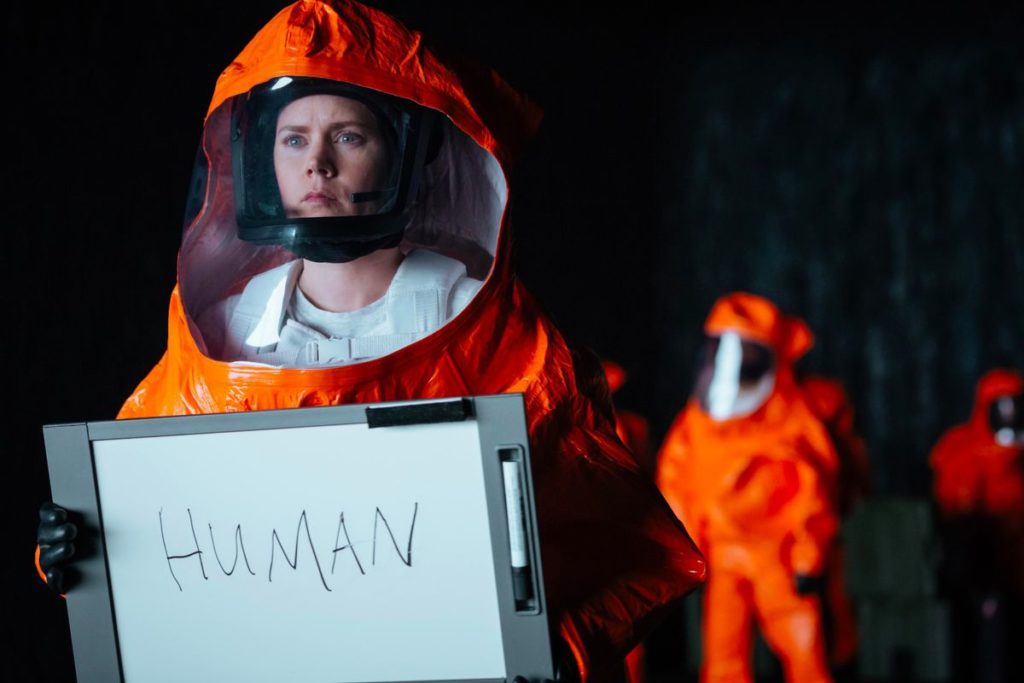 4. General Zod is out there but hasn’t found us yet.

Super-advanced predatory aliens are out there alright. But they haven’t detected us yet. Which is why someone needs to tell SETI to stop acting incredibly stupid broadcasting signals and inadvertently revealing our location. Steppenwolf and company could be out there for Pete’s sake!

5. We are in the jungle no one cares about.

It’s a vast universe and we are in the desolate part no one cares to visit. It’s like a Wall Street banker going to check out what’s happening in Outer Mongolia. It’s never going to happen.

6. They are watching us.

Super-bad and super-advanced aliens are out there and they are watching us. But once we approach a level of advancement they are uncomfortable with, they show up and destroy us. Can’t have us spreading out like virus.

But what do I believe?

The Bible doesn’t tell us if aliens are out there or not. I take that to mean it’s not important if we are the only ones in the universe or not. Thanos can keep searching for the inifinity rings all he wants.

But this I do know: God created the universe and everything in it. Everything. And in all creation, He has a special connection to and special position for man. Remember Psalm 8 v3-4? Let me read out verse 5-6 to you:

“5. You have made him (man) a little lower than the angels and crowned him with glory and honour. 6. You made them (man) rulers over the works of your hands; you put everything under their feet…”

You hear that, Loki? He made us rulers over the works of His hands. Including the Nine Realm. You can go kiss Thor if you’re unhappy about that!

What do I think about all these 5G agenda, Bill-Gates-wants-to-chip-us, mark-of-the-beast, end-time stuff?

Look fellas, my brain is too small to figure out all the crazy stuff going on. I mean, I’m here thinking about how to prevent Liverpool winning the league – a matter of grave global consequence – and you want me to also think about birds dropping from the skies and otters dying in Wales? I’ve only got this one brain!

Again, this I do know. No matter how much you shout, vent or fear, either now or in 50 years, either through 5G or 100G, either through inescapable human chipping or pervasive human tracking, the Antichrist is still going to come. And no, it isn’t Barack Obama.

You can therefore worry about 5G and the coronavirus. Or you can make yourself “rapturable.” You know, be one of those who, poof, disappears when that trumpet sounds.

How cool will that be! That despicable boss is raging and threatening to fire you and, poof, you’re gone! No one-month notice. See ya, don’t wanna be ya!

“Behold, I stand at the door and knock. If anyone hears My voice and opens the door, I will come in to him and dine with him and he with Me.” Rev 3:20.

One thought on “Psst…aliens are here. Attracted by 5G”