Behavioural scientists will have us know that the faculties that distinguish us from animals are capabilities such as reason, morality, inquiry, religion, aesthetics, aspiration, imagination, creativity, self-awareness, or self-reflection.

All that is great. But they are missing one essential faculty: stupidity.

The distinctly human ability to buck self-preservation and court pain. Nowhere else in nature will you find this disposition than in man.

For in nature, you will find no such stupidity as Mr Wildebeest stomping into the lair of Mr Lion to reprimand him for sleeping twenty hours a day. Nor will you find old Mrs Shrew matching to Jake the rattlesnake to order him to shush his rattle. But man? Our affinity for asininity is incredulous.

Take me, for instance. I am not overly fond of heights. I’m a bloke who likes to keep his feet on the ground, literally.  Yet I have jumped out of a perfectly good plane at eleven thousand feet, distressed my poor heart by going on an ‘amusement ride’ from a non-amusing height and now, walked hundreds of meters amidst tree canopies.

A couple of days ago, I visited the Lekki Conservation Center with a chum. I love seeing animals of the wild. There were supposed to be monkeys, snakes and crocs.

It was also an opportunity for me to put my photography lessons to test.

Ah, see! I have recently rekindled my fancy for street and travel photography. A man’s got to have a hobby. Especially when Man United gives you little joy these days. That Pogba and Lukaku!

So yes, I’ve been poring over photography videos on YouTube. Learning everything about photography and how to be a great photographer. I’m resolute this time. You will hear about me!

Oh, wait. You already heard about me. You are reading this blog!

So, I was going to be one of the greatest photographers that ever liveth. I sold off my rather unwieldy and end-of-life Canon 60D DSLR in favour of a less-conspicuous but no less capable camera – the venerable Sony Alpha 6000. It’s a compact mirror-less camera for budding shutterbugs like me. I had convinced myself that the reason I wasn’t taking any pictures was that the Canon was too big and heavy. I couldn’t whip it out in an instant and shoot away discreetly.

That’s what I also like about being human. You can tell yourself anything. 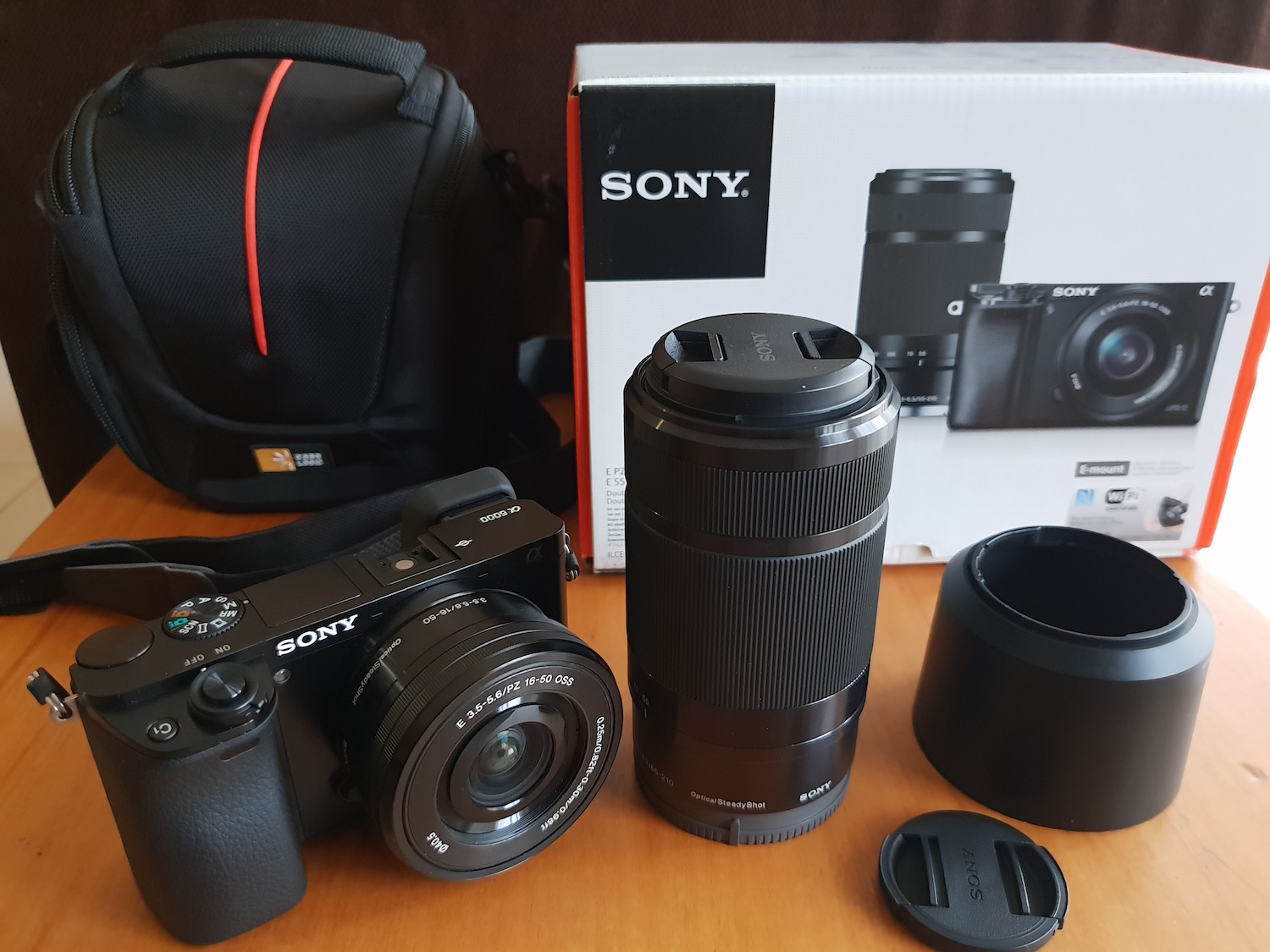 Now, a word about the price of certain things in Nigeria.

I went to a store that stock Sony brands. The list price for the camera was N587, 000. But they were feeling good and sort of liked me. So they offered it to me for N487, 000, hardly a snip in itself.

They liked me so much they were willing to shave off a hundred grand from the price?

Sweetheart, you hear that? Some people find me charming!

Well, it turns out that the self-same camera on Amazon was $598. If I didn’t want the telephoto lens, the price drops to $498. With Quickteller Global Mall shopping, the camera should arrive at my doorstep in Lagos for just about N260, 000.

How about they try armed robbery.

Similarly, I wanted to buy an Apple 3.5m headphone-jack adapter. It retails for $9 on the Apple website. The store I went to in Nigeria wanted N16, 000!

I’m all for good profit. But I’m against unreasonable profit.

And don’t get me started on what constitutes ‘unreasonable profit’!

Nor hear you whine about the ‘cost of doing business in Nigeria.’ If business is tough in Nigeria, they could always go into politics. There the margins are not open to debate.

So, I went to the Lekki Conservation Center.

I was jejely about some monkey business (see photos below) when my friend challenged we do the Conservation’s famed canopy walkway. 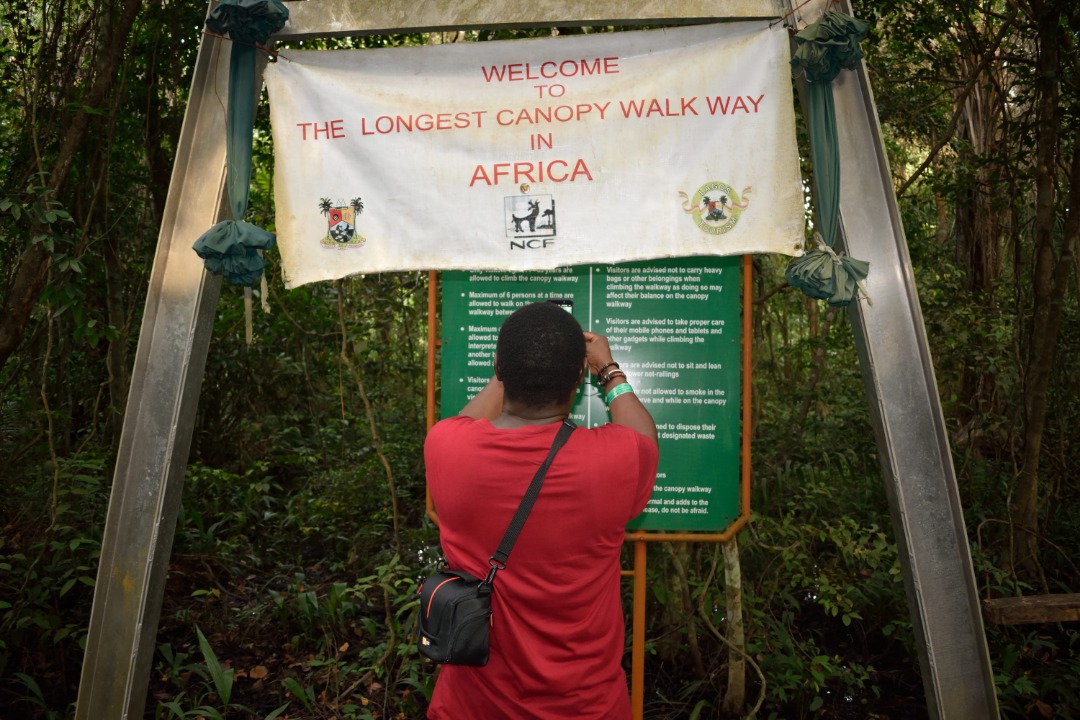 A canopy walkway, also often called treetop walks, is a long bridge that provides access to forest canopies. In simple terms, you’d be walking in the hitherto exclusive preserve of aves and apes. Up among treetops. Where human beings are not supposed to thread. It’s why God didn’t give us wings or tails. You’d never find an elephant on a tree. would you? 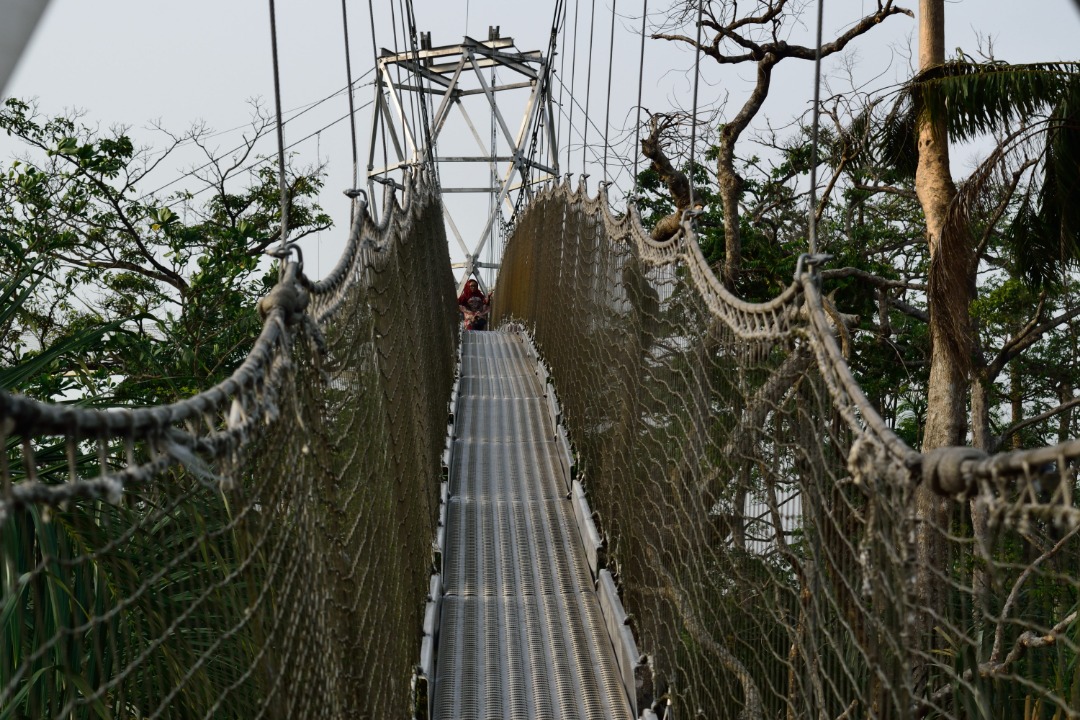 It was a bad idea, the canopy walk.

The walkway was high, narrow and wobbly. And with the wobbling flies your dignity. I held on to the ropes with dear life. You could hear the gasp, shrieks and regret of others ahead of you.

Unfortunately, once you were on the walkway, you couldn’t turn back. The journey was one-directional. You have to finish the walk, all four hundred meters of it.

Lesson No.1: Never embark on anything without an exit clause.

I shouldn’t have listened to my friend. In fact, now I doubt that he is my friend. For what friend puts another friend in such harrowing faux pas?

Only a friend, apparently.

Truth is, I had gone ahead with the walk because I felt my pride and manliness were at stake.

Lesson No.2: “It is from a coward’s house we point to where a brave man used to live.”

Chinua Achebe lived to the ripe age of 82. 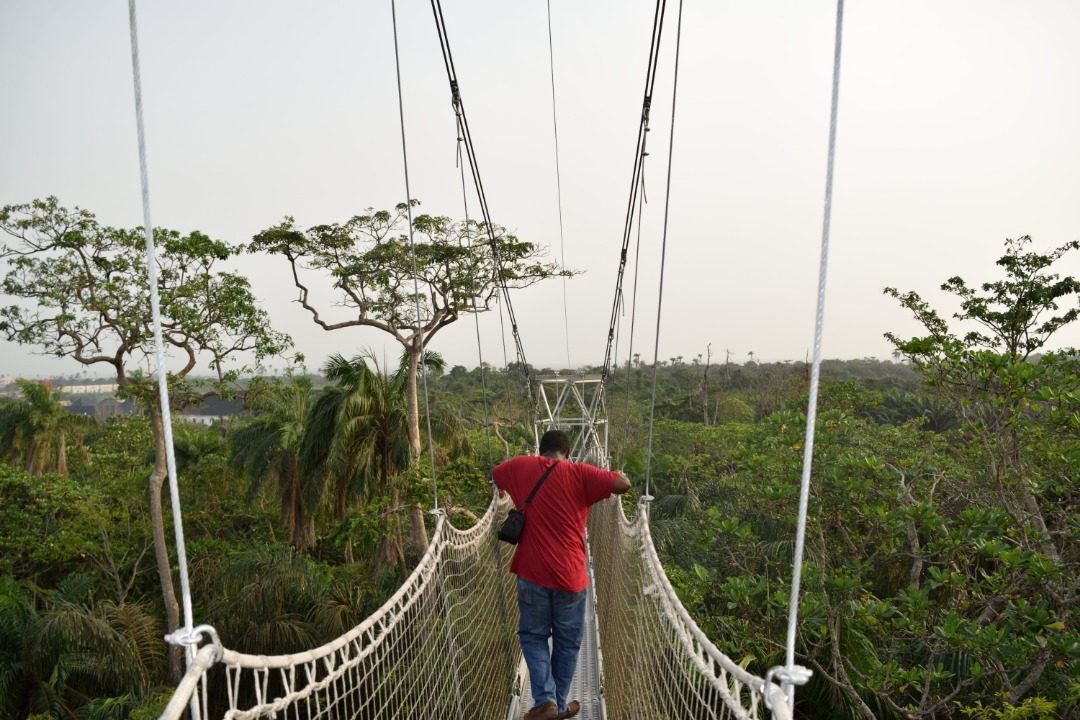 It wasn’t all dreary though. I took some encouraging pictures. I caught the Conservation’s ageless tortoise leering at me and I took decent shots of some rather forlorn monkeys. While National Geographic won’t be beating a path to my door for these pictures, I’m happy to learn as I go.

Do you want to become a great writer? Just keep writing. Do you want to be a great photographer? Just keep taking pictures. Mistakes and baby steps are alright. At some point in his life, it probably took Usain Bolt twenty seconds to crawl from his pram to his toy. Now dude is running with cheetahs.

Whatever it is, just keep at it.

And never despise the days of humble beginnings.

Except you are a Nigerian bank, of course.

You will hear about me!

Oh, I forgot. You already heard about me.