When Budweiser shows up on this patch… 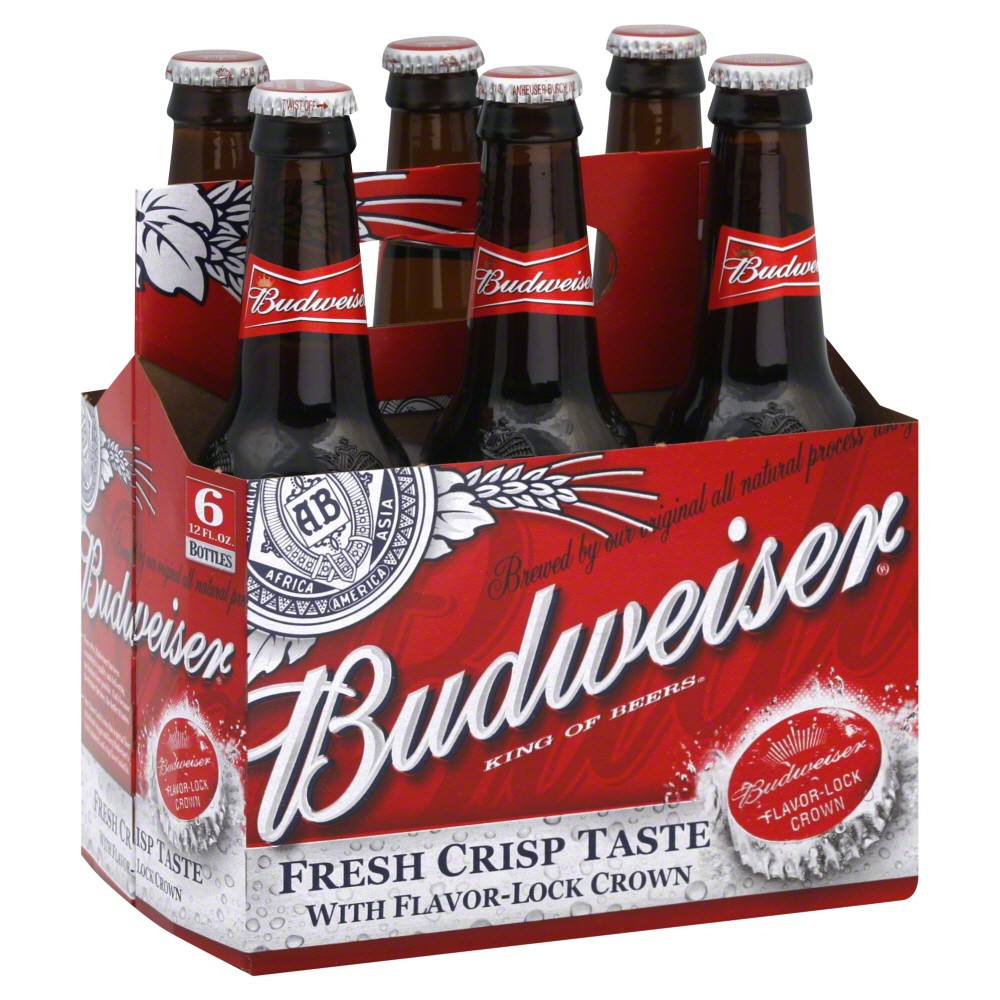 Come June (or thereabouts), beer drinkers in Nigeria will have a new brewski to add to their repertoire:

“This is the famous Budweiser beer. We know of no brand produced by any other brewer which costs so much to brew and age. Our exclusive Beechwood Aging produces a taste, a smoothness and a drinkability you will find in no other beer at any price.”

Yes, “The King of Beers” will be competing with other suds in the land to help tipplers wet their whistles. 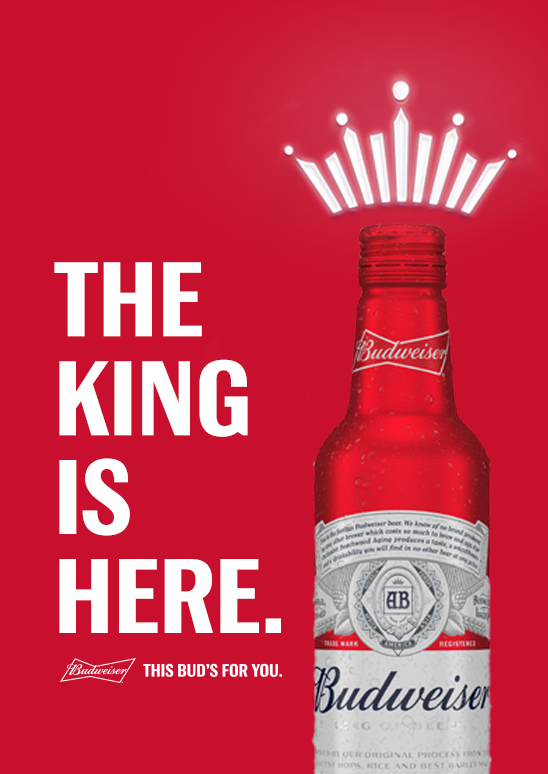 Ours is a reasonably large market. About 9.5 million-hectolitre worth. That’s about 950 million bottles of beer a year. There should be room for everyone.

No, not for Ab InBev, makers of Budweiser. It loves to hug all the cookies to itself. It comes to a knife fight with a Kalashnikov. You don’t become the biggest beer company in the world being charitable.

(PS: I know three people who may be responsible for 5% of the total beer consumption in Nigeria. Yea, they are still alive. Tip-top too.)

But Budweiser will be squaring off against some huge landlords. This patch belongs to Nigerian Breweries and Guinness Nigeria. They won’t cede a drinker without a fight. Won’t roll over for some straight-talking , loud-mouthed American beer. What does America know about god beer anyway? It’s not as if we’re talking nuclear submarines…

But every market is different. Below is what I see happening when Budweiser launches.

This is even more so with the rebirth of value brands like Trophy, 33 and Goldberg. When I was an undergraduate, 33 was what you drank when you were skint (and we were always skint!). It was cheap, it tasted like camel piss and hung you over for two thousand years. Trophy was the beer some Baba Carpenter in Ogbomosho drank.

But not anymore. Smooth and refined, Trophy and 33 are now the darling of barley literati across the land. Including the critical LPA 24 -35 year-olds.

It stands to reason that with premium positioning (and pricing), you must give the consumer more benefits. Tangible or intangible. We’ll have to wait for what extra goodies Budweiser has in its hat.

About that camel piss reference, don’t ask me how I know the taste!

A 33-cl bottle is standard for Budweiser in on-trade in North America and Europe. That’s why its Twist-Off cap in those markets make sense. The bottles are small and consumers drink straight from it. (With Twist-Off caps, you don’t need an opener to open the beer. You twist the crown with your hand and it comes off).

And perhaps in a different bottle design to those in America and Europe too. It did this in Brazil and it could use the same bottle for Nigeria too. The Brazilian bottle below looks more manly. 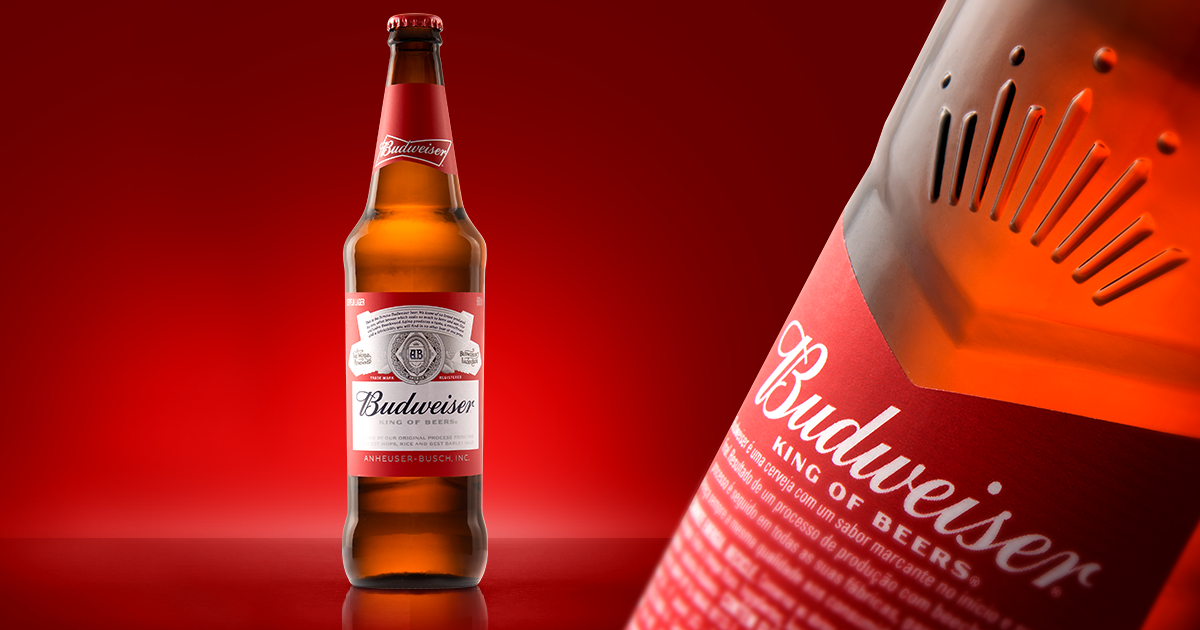 If there’s one challenge that besets Guinness Foreign Extra Stout and Gulder, it is attracting younger drinkers. Younger drinkers think they are brands for their uncles and dad. And uncles and dads are prehistoric. They can’t even tell the difference between Olamide and Kofi Olumide.

Budweiser has the advantage of being able to skew its user imagery to younger drinkers right out of the gate. The challenge of Guinness Foreign Extra Stout, Gulder and Star in winning over younger drinkers, and Budweiser’s own struggles appealing to millennials in North America, is enough learning.

This is where the battle will get intense. Budweiser has a global strategy of using consumer passion points to build affinity. For it, that is sports and music. We should expect it to continue with a similar strategy in Nigeria.

We know it is Official FIFA World Cup Sponsor till 2022. We know it’ll be active in key markets for Russia 2018 (That’s why I suspect it will launch in Nigeria around the World Cup). So football will feature strongly in its marketing in Nigeria.

Only it isn’t going to be easy. There is limited opening for footie sponsorship in Nigeria. Guinness Foreign Extra Stout has locked down the English Premier League broadcast. Star lager has bought nigh all the top-club partnerships in Europe. And Heineken owns the UEFA Champions League.

However, it’ll have an easier pass with music. It could slip into the music territory vacated by Star lager (Beats me why Star relinquished its strong position in music. I’d have thought music was a bigger passion point than football).

Anyway, Star’s loss is Budweiser’s gain. Only there’s just the small matter of Bud going up against the two biggest spenders in the land to ‘own’ music – MTN and Glo. But hey, no barrier creativity can’t overcome.

Besides, beer and music are always, er, music to the ears.

Ah, this is one of my pet peeves. Poor and non-resonant advertising. Especially for a category as lively as beer. Drives me nuts to see ads that suck.

The Guinness Made of Black campaign was non-resonant for Nigerians, methinks because it was addressed to the whole of black Africa. Global brand teams and their agencies tend to think large swathes of Africa are homogenous. That our common skin colour means we have same belief systems and psychographics. They trade resonance for a spurious efficiency. Global brand becomes global bland.

In the days Star lager did brand advertising, it did some really nice and resonant TV spots. Heineken is also beginning to do Nigerian-centric advertising. That’s good to see. Both brands will need to deepen these efforts to win against Budweiser. 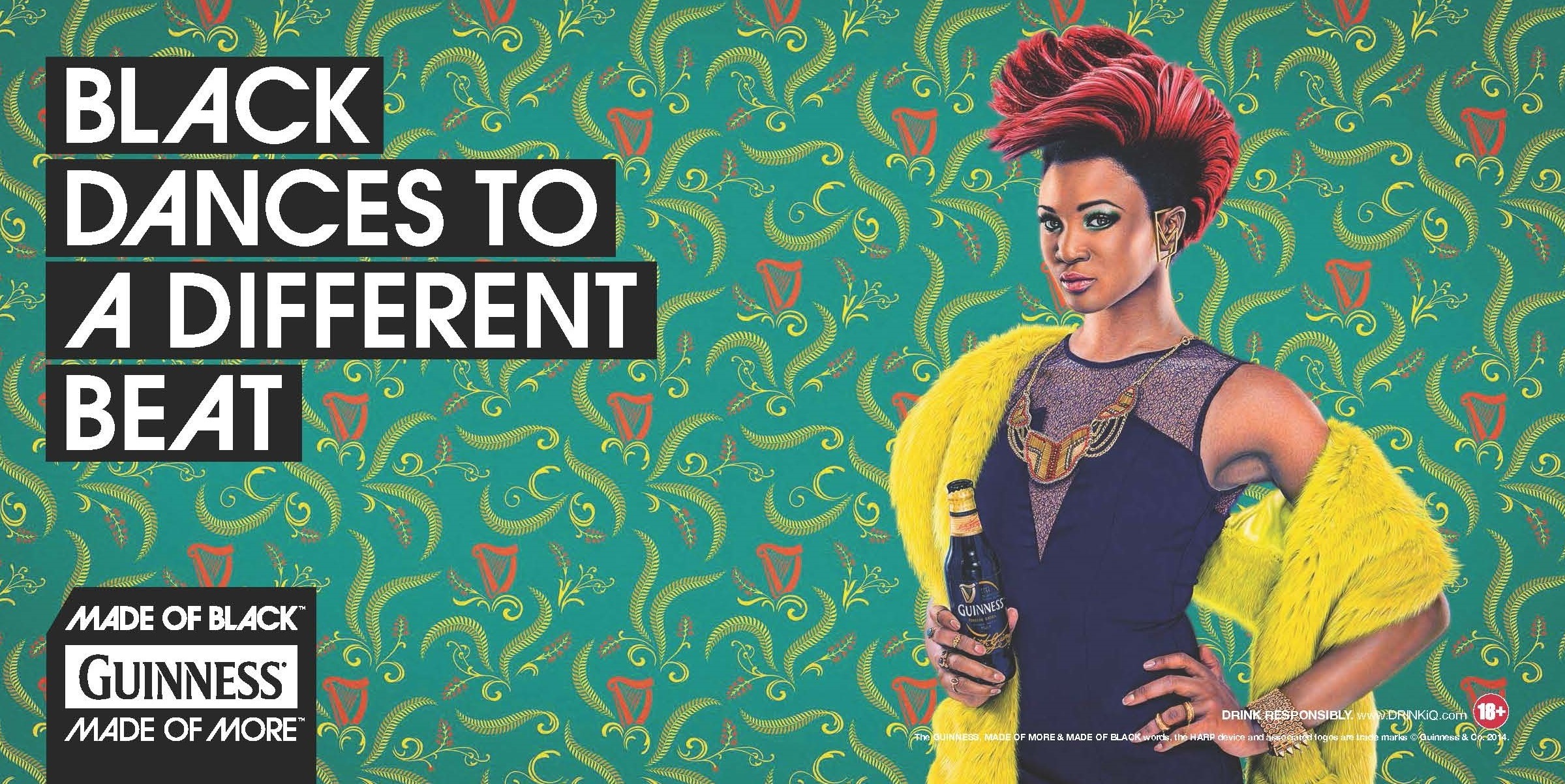 Budweiser has a history of doing great advertising. From Clydesdale to Wazzaup, to very funny Bud Light ads. It could use this creativity heritage to easily differentiate in Nigeria. Make beer fun again. It needs to resist the temptation to ‘adapt’ foreign ads for Nigeria.

It might have a challenge getting its “King of Beers” moniker past The Advertisers Practitioners Council of Nigeria (APCON). The moniker would be OK to use on product label but may be frowned upon in advertising. The regulatory body has a thing against unproven superlatives.

That’s obvious, isn’t it? Ab InBev will have to achieve numeric and weighted distribution in the ninety percentile to have a shot. This is where competition has a huge advantage.

I see competition giving the trade generous incentives and running in-bars to stifle Bud stocking. But that’s not a sustainable strategy. There’s no incentive plan Ab InBev can’t match or surpass. Its got deep pockets and its plays for the long haul.

Well, Ab InBev needs to get in Beechwood to make Budweiser. Wouldn’t be Budweiser without Beechwood, would it?

Nigeria being Nigeria and the ports being the ports, I forsee Ab InBev having a hard time getting in all the Beechwood it needs. So, there might be shortages of Budweiser in the days after launch.

That should be mitigated by the fact that Ab InBev doesn’t have to start with a pan-Nigeria launch. Launch first in the key volume areas: Lagos, the East (Aba, Onitsha, Enugu), Port Harcourt, Abuja and then work your way down to every watering hole in the country.

Anyway, the way I see it, the beer to watch out for is Trophy. It is pretty amazing how the brand has grown so much in so short a time with little marketing support. Guys you’d ordinarily expect to drink Heineken or Star are gushing effusively about Trophy:

Vexing. Does image count for nothing these days?

With Trophy and Budweiser, Ab InBev will be mounting a formidable attack against NB Plc and GN Plc. And it still has Bud Light, Corona, Stella Artois and Beck’s to call on for encirclement if necessary!

But interesting times ahead. With the competition all being global businesses, I am really looking forward to some stellar marketing and learnings.