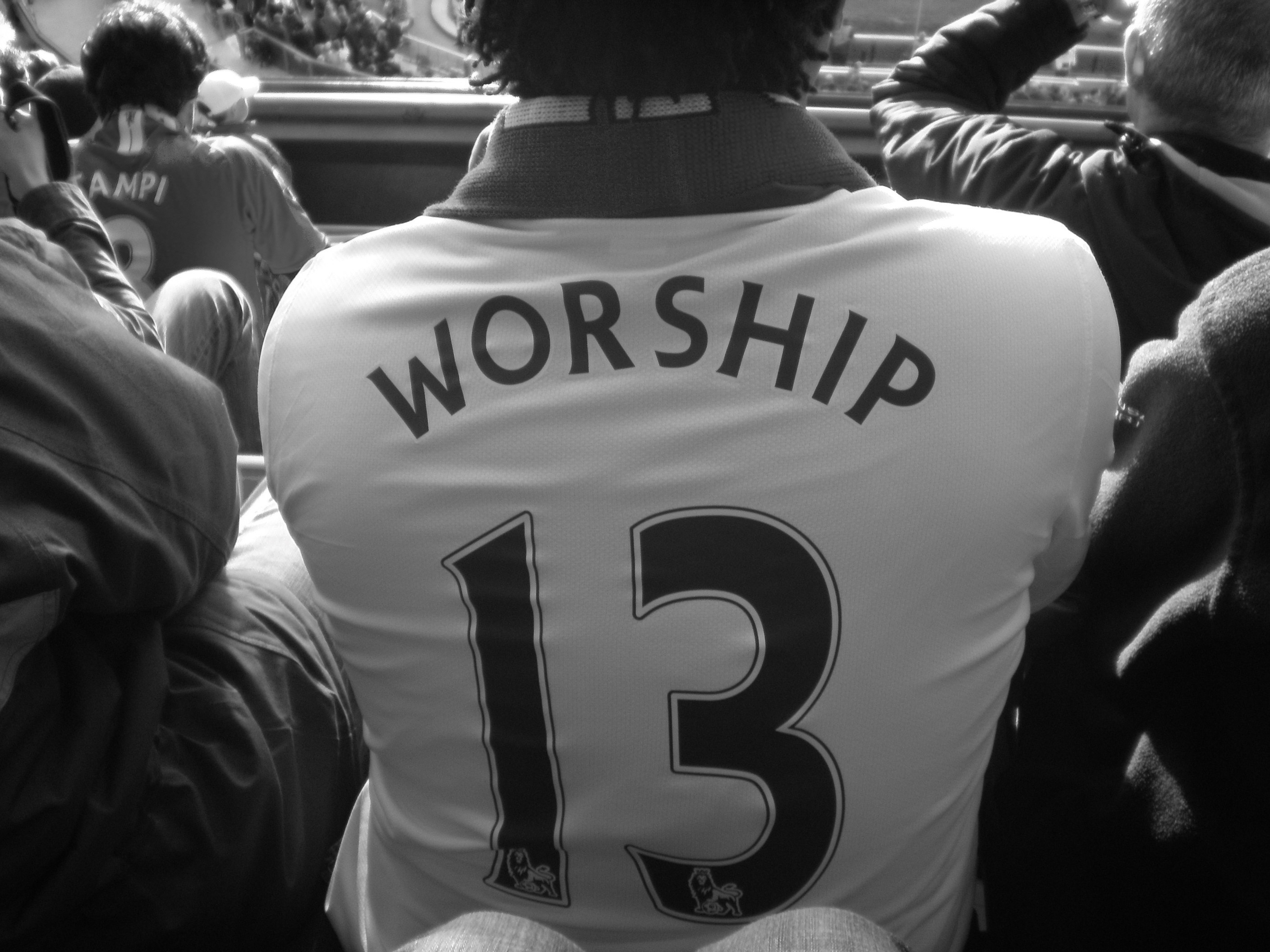 There is so much incompetence in high places it beggars belief. I mean, how difficult can it be beating Liverpool?

Barcelona had only one job to do. Not two or even a one and a half job. Just one. Beat Liverpool and get the life-long adulation of Jide.

And they fluffed it. They blew it so bad I can still smell the putrid odour of their self-immolation. Liverpool didn’t even have Firmino and Salah for Pete’s sake! And they had a 3-goal deficit! How hard could it be beating them?

Know this, Barcelona! You will never be as great as Real Madrid! And Cristiano Ronaldo is the GOAT. Lamb, that is what Messi is! CR7, that is the real Billy GOAT Gruff.

I needed to get that out of the way.

As you can probably tell, I don’t like Liverpool FC very much. I wish them well to the extent they publicly acknowledge Manchester United their idol and Steven Gerrard not fit to lace Giggsy’s boots. But they probably won’t. So I hate them.

Why do I detest Liverpool FC so much?

Well, since this is the season for silly questions and since you didn’t get the memo, I’ll lay it on simply for you.

Yea, that’s right. I hate Liverpool because I am required to hate them.

It is historical. Institutional even.

The hate is passed down. It doesn’t matter if you were not born or lived in the North West of England. Once you’ve marched with the Red Army, you give no quarters to Liverpool FC.

And that is the stupid thing about institutional hate and prejudice. You don’t have to be personally wronged or slighted to despise something or someone. You just need to be told to.

Which is of course absolute blarney, bunkum and codswallop.

Like or hate something on its own merit, not because you are told to.

Not that I have no real reasons to detest Liverpool. I can never forgive the 4-1 defeat at Old Trafford in March 2009. And there was the sacrilegious affair of Luis Suarez playing Nemanja Vidic off the park.

But not that Luis Suarez. Disrespect is in his nature. And he nigh chewed off Patrice Evra’s ear too, the greedy toad.

They’ve caused me grief, Liverpool and I will rightly hold on to my fair share of the beef.

But the beef between United and Liverpool is much than football bragging rights. It is steeped in economic and geographic history. For the sake of the uninitiated, let’s go down memory lane, shall we?

Cause of Beef 1 – Football Bragging Rights.

By some cruel fate, both clubs have 58 trophies each. So, as you can imagine, the next trophy has a huge import for bragging rights.

116 trophies between the two! See why Manchester City are nothing but a cacophonous insignificant lot?

Cause of Beef 2: Economic supremacy.

At the turn of the eighteenth century, Manchester was a manufacturing power house, the seat of the Industrial Revolution in England. However, the city of Liverpool was no less important. It was a port city and a gateway to trade.

The two cities therefore cancelled each other out on economic influence. Then someone had a brainwave. The Manchester Ship Canal was built, allowing ships to sail directly into Manchester and bypass the port of Liverpool completely. This led to the quietus of Liverpool and its demise as an economic powerhouse.

Expectedly, Liverpool was outraged and humiliated. They took a blood oath to avenge their fall from grace at the hands of Manchester.

Just kidding about the blood oath. That’s the Nollywood account.

Hey, here’s a quick joke for you:

Q: There’s a ship that has never sailed into the port of Liverpool. What ship is that?

Back to the history lesson.

Cause of Beef 3: population and urbanization.

Lastly, the cities of Manchester and Liverpool are two of the largest conurbations in England. Consequently, in a manner of speaking, the country is not big enough for both of us. Someone has to leave.

May I suggest Liverpool? They are closer to the sea.

Now, save for the ego around trophy haul, the other aforementioned reasons for the animus between the two has precious little to do with me.

Look, I live in Nigeria and the economic and geographic significance of either Manchester or Liverpool has nothing to do with me. I wish both cities well but it just isn’t my war.

And I suppose that is why many United faithfuls born or who live in Lancashire believe all foreign United fans like myself are ‘plastic’ fans. That we are not invested in the history and beef. We have no skin in the game.

Which is also absolute blarney, bunkum and codswallop.

I spend my money to go watch United at Old Trafford and away. I was nearly lynched at White Hart Lane on account of my United jersey. I buy club merchandise. I’m in anguish when United loses. Still red the blood that courses through my veins. And someone doubts my bona fides?

In rooting for Barcelona over a fellow English club, in preferring the detestable noisy neighbours to win the league over Liverpool, and in praying that Tottenham Hotspur defeat Liverpool in the Champions League final, I realise how powerful institutional hate and prejudice can be. Much of which is inherited.

I know hate is such a strong word to use and I do not believe Liverpool and United fans truly want to physically annihilate each other from the surface of the earth. Forget what Bill Shankley said, football is never more serious than life and death. If it is, Alexis Sanchez would have some shame and resign from Manchester United.

But institutional hate and prejudice does exist. And it is insidious. We may all hold onto one without realising it.

Like the hate speech against Coke and Pepperoni pizza. It is totally uncalled for.

So, what institutional hate are you harbouring? What prejudice did you inherit and still holding on to? You can’t marry from that tribe or race? You can’t hire anyone from so and so? Don’t trust Chinese, don’t trust Nigerians, don’t like Indians? Maybe it’s time you took the blinkers off. Do unto others as you would have them do unto you.

In the mean, come on, you Spurs!