“What is called Western Civilization is in an advanced state of decomposition, and another Dark Ages will soon be upon us, if, indeed, it has not already begun. With the Media, especially television, governing all our lives, as they indubitably do, it is easily imaginable that this might happen without our noticing…by accustoming us to the gradual deterioration of our values.” – Malcolm Muggeridge

Watch African American stand-up comedy for only a few minutes and you’ll realise it’s not what you watch with kids around. There is no two-minute period without the copious use of expletives. Communication is impossible in that genre without profanity.

Now, I don’t have a brittle spirit. Nor am I pharisaical. I just hate having to explain what ‘coochie’ is to a 10-year-old. I assure you it is no laughing matter.

Kids. They ask the darnedest things.

‘Daddy, what are adult toys? Are they like toys for adults?’

‘Give me an example.’

As I struggled with an answer, she offered a way out.

‘Never mind, daddy. I will check Google when we get home.’

No, darling. You will not check Google as long as I live.

I enjoy jokes and a good laugh. My taste in comedy is wide-ranging. From cerebral jokes to wry wit, to satire; I enjoy them all. But not dirty jokes. Not obscene humour or language.

No fellas, I’m not fuddy-duddy. I’m just a guy who likes his humour as clean as a baby’s spirit. You are what you eat. And the rose that befriends thistles soon pricks.

But the object of my anguish is not African American stand up comedy. It is the insidious influence certain African American lifestyles have on us the good people of Nigeriana. Unbridled sex. The normalisation of smutty language. The celebration of ostentation and hedonism.

Take the glamourisation of weed.

Back in the days, when you smoked a blunt, you did it in secret. Yes, we joked about how haters malign marijuana: it is a harmless plant minding its business; strange things only happen when you decide to set fire to it. But we were mindful that it was a proscribed substance with deleterious effects.

These days, weed is like a lollipop. You might as well roll a joint in the presence of a policeman and ask him for a light. Thanks to American hip-hop culture.

Or take the normalisation of profanity.

Not too long ago, the word ‘nigger’ was an inflammatory racial slur. To discredit, slight and besmirch people of African descent. But in the black community, ‘nigger is now used as an endearment and for self-reference.

The same goes for ‘bitch’. The taboo around the word has changed. The word has donned the garment of camaraderie and the hat of positivity. ‘Bitch’ now means anything from ‘friend’ to an ‘empowered woman’; Babe In Total Control of Herself. To appeal to young female voters in 2016, Hillary Clinton was once advised to ‘own her inner bitch.’

Many African Americans posit a difference between ‘nigger’ and ‘nigga’.The former is a slur. The later an offense-free referent.

The question I’d like to ask them ‘niggas’ is why they get vexed when a white bloke calls them ‘nigga.’  And why the first reaction of lady at being called a ‘bitch’ isn’t appreciation.

I’ll tell you why. It is because no matter how well you dress up a pig, it is still a pig.

And of course, since Nigeria takes its lifestyle cues from Black Uncle Sam, we have taken to those profanities too.

Look no further than American hip-hop, Hollywood and social media in this acculturation.

In the 90s, we had hip in our hop. We rocked lumberjacks, baggy pants, bandanas and Timbs (that’s a six-inch Timberland boot for those of you who thought only women rock heels). We took up hip-hop slangs; we wanted to be fly, aiight, and no scrub. Then we wanted to live like OGs – Original Gangstas. We took sides in the East Coast/West Coast hip-hop rivalry. It fuelled cultism in our higher institutions.

In the 2000s, we were ‘up in da club.’ We became hedonistic. Revelling, partying. Materialism became a thing. 419 became a thing. Yahoo didn’t know it had boys in Nigeria. But we also had Hope. Barack Obama became POTUS and birthed in us belief and possibilities.

Then it was the 2010s and everything went to pot. Enter individualism. We became woke. Materialism and hedonism started using steroids. We craved to live la vida loca. Tattoos became mainstream. It used to be the case that when you had a tattoo, you were the different one. Now, you will be the different one if you don’t have a tattoo.

And boom, Instagram exploded. ‘Fake it for the gram.’ Fake boobs, fake backsides, fake success and fake life. Some 20-year-old made his first ten million bucks at 17. Some chick built her mansion at 25. We began to suspect our lives were not good enough. Hushpuppi and Mr. Woodberry don’t have two heads.

Now I hear there is something called ‘situationship.’

The Urban Dictionary defined it thus: “Let’s just chill, have sex, and be confused on the fact that we are not together but have official emotions for each other.”

And here I was thinking Will Smith and Jada were crazy.

Then we’ve got on board the ‘Free The Nipple’ movement. The crusade against the fetishisation of the female breast. The argument goes:

“Both men and women have nipples. The only difference between a man and a woman’s nipple is that the woman’s nipple produces milk. It’s simply biological and not sexual. Therefore if men can bare their nipples in public, why can’t women also? Free The Nipple is about giving women the option to be shirtless, free of harassment and judgment.” 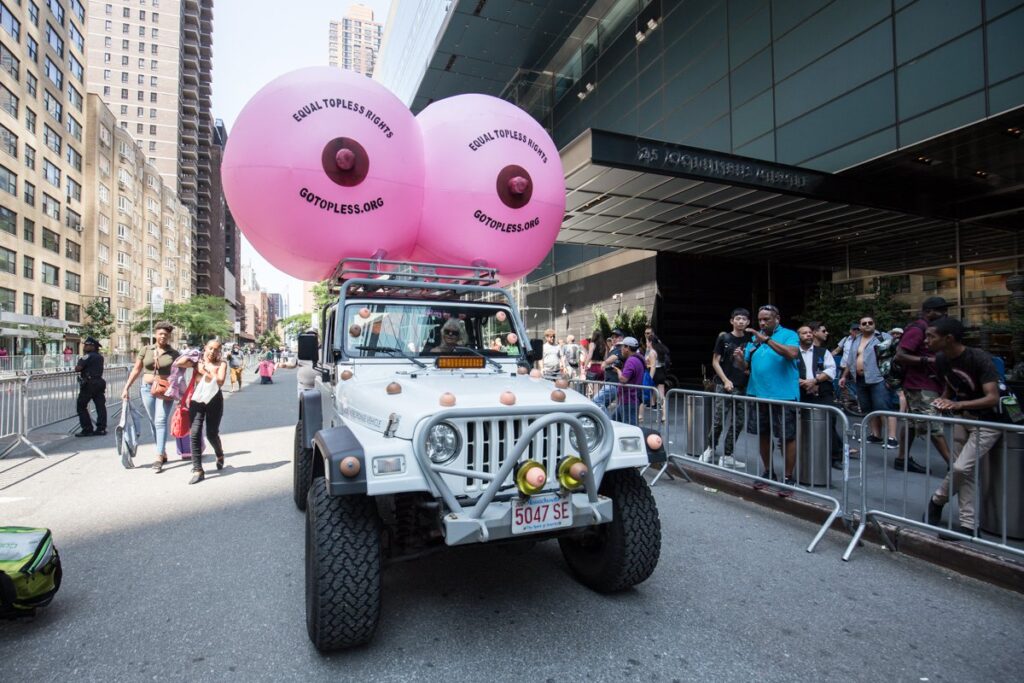 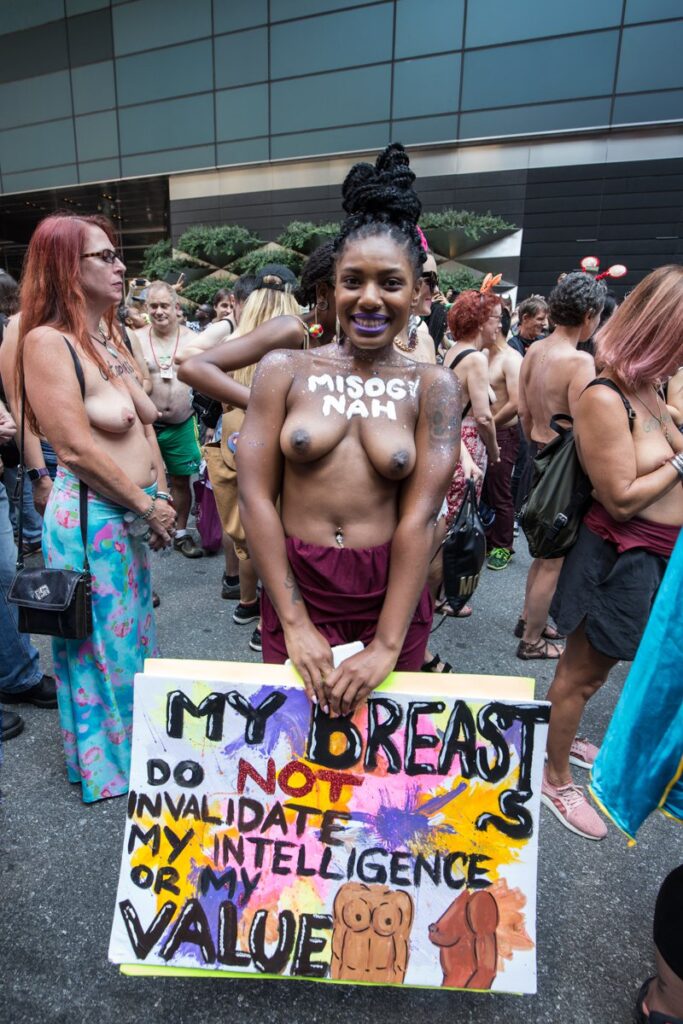 Of course, thank goodness our African beauties have not gone the extreme length of our oyinbo trendsetters. We’ve only expressed our support for the movement by disregarding the bra no matter the type of dress or place of visit.

Look folks, I can’t deal. You all are killing me. What’s next, Free The Phallus? Marry Your Sibling?

I need to get away from all of you. I’m going in search of some nkwobi and Man United transfer news.

“But understand this, that in the last days there will come times of difficulty. For people will be lovers of self, lovers of money, proud, arrogant, abusive, disobedient to their parents, ungrateful, unholy, heartless, unappeasable, slanderous, without self-control, brutal, not loving good, treacherous, reckless, swollen with conceit, lovers of pleasure rather than lovers of God, having the appearance of godliness, but denying its power…”  – 2 Timothy 3:1-4 ESV