To thy own strength be true

You can only be anything you’ve got the talent to be.

When I was a kid, I wanted to be a jet fighter pilot. Zip into enemy territory and leave a trail of napalm and shrieks. On 1 October and commemorating Nigeria’s independence, three fighter jets from the Nigeria Air Force would streak across the sky in tandem with green and white smoke in their trail. I would run out on the streets with other kids to wave at the planes. They made an impression on an impressionable mind. They, Chuck Norris and Rambo.

Yea, I know. A child’s whim and fancy is sometimes nothing more than that. But no one told me not to take seriously a big fictional yellow bird from Sesame Street. It was her who filled my head with belief.

The rub though was, I wasn’t a math or technical guy. And I hated heights. That’s like a fish that hates water. It’s how we get fish and chips. Yes, I have once jumped out of a perfectly good plane for no reason. But be rest assured that I was in my left senses at the time, not my right. 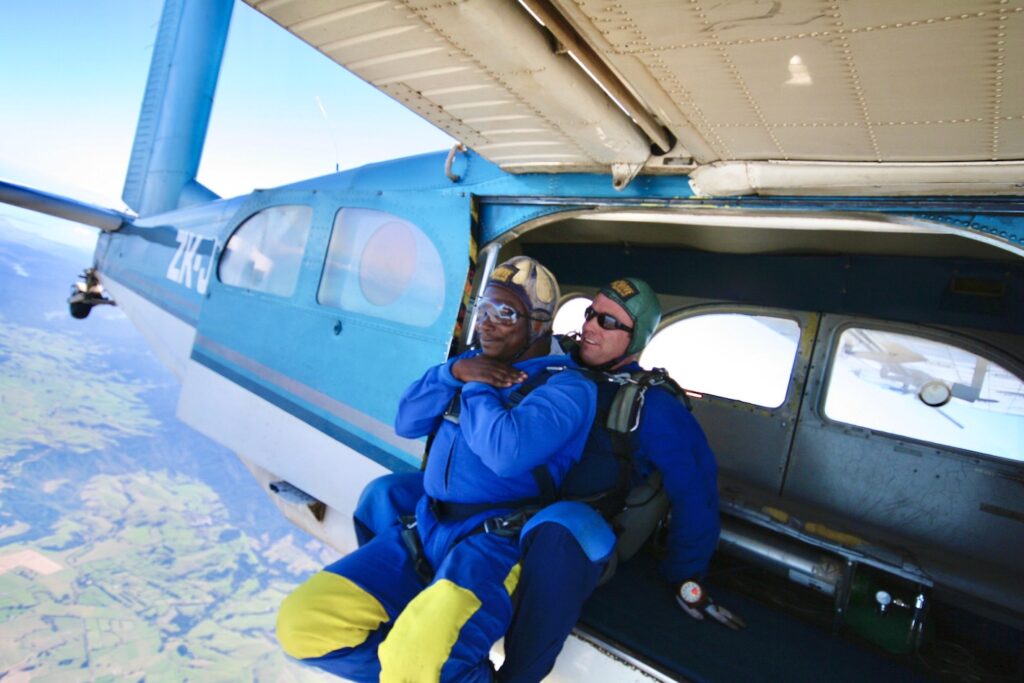 Each of us is born with certain cognitive and physical abilities. With certain interests and proclivities. They are our X-Factor. Some things come effortless to you and turn your crank. You are good at it without paying it much mind. You might not even know you’re great at it until others point it out to you. You’ll know you’re great at it when you hear comments like “oh, you’re so great with people”, “numbers and graphs are so effortless to you”, “you have such an analytical mind” or “you write so well.”

That ability, my toiling dudes and dudettes, may be your area of giftedness. Where success and fulfillment come easier than in other endeavours. That is the space in which you can be anything you want to be.

Or put it this way. For Pavarotti to be the world’s most renowned tenor, he’s got to first have the voice and desire to sing. Shrek can’t pull that off.

That everyone is going into a particular career or business doesn’t mean it is the right one for you. There is such a thing as the perfect job for you. A job in perfect consonance with your abilities and interests.

I did sciences in secondary school but had no business in the class. At my best, I was average. I did sciences because science students were the respected ones. And evidently you can’t master Newton’s Laws of Motion or Archimedes Principle and be a failure.

I didn’t get along with Newton and company. I was fine being acquaintances. As for Archimedes, well, he isn’t the only one that has a principle. I do too. And mine is way easier to understand: when the going gets tough, stop going.

Yet, I didn’t know I had a smidgen of literary nous until I was in my final year in secondary school. The English teacher saw an article I wrote on the school notice board and sent for me. I walked into the Staff Room with dread. He looked me straight in the eyes and asked what the hell I was doing in the sciences.

What do you mean what the hell am I doing in the sciences? Studying to be an engineer, that’s what! What do you take me for, a bonehead? Listen here, Mr. Sizwe-Bansi-Is-Dead. I’ll have you know that I’m going to be the next, er…the next, erm…Weinstein! That’s it, Weinstein!

The teacher implored me to add English Literature to the list of my subjects in other to develop the latent ability. Out of respect for him, I did. In truth, it was because there were some mighty fine girls in the “art” class.  It made consorting with those mortals bearable.

I suppose it was inevitable that I ended up in a creative enterprise like branding. For, in essence, that is who I am. A creative. When everyone zigs, I’m inclined to zag. I read a lot of Ludlums, Archers, Forsyths, Soyinka and Achebes. I remember lines from novels and movies. I like craft. I like movies. I intuitively evaluate plots, characterization, and cinematography. Sameness annoys me to tears.  I have no recollection of learning these attributes. I just realized I was that person.

But I was one stubborn lad. After my undergraduate studies, that nature kept tugging at my heart but I ignored it. I wanted to be a banker. Like everyone else. Wear preposterously starched shirts and give out call cards to chicks. After a few unsuccessful years trying to get in, I found marketing communication. Then I flew. Like a peregrine with the wind behind its back. I’d found what I was exceptional at and love.

Yet talent is so underrated. We over-glorify industry when it is in fact equal partners with talent in the success story. Hear the words of my homeboy Sol:

“If the ax is dull and its edge unsharpened, more strength is needed, but skill will bring success.” – Eccl 10:10 NIV.

Sol. Been there. Regretted that.

Now, I am not saying that talent is the only thing you need. Talent without grind is nothing. You have to put in the work. But zero multiplied by ten thousand is still zero. Talent gives practice something to feed on and prosper.

Since I started blogging a few years ago, I get a lot of encouraging messages from readers. Many tell me to consider writing short stories or a memoir. A lot more tell me they enjoy the substance and style of my writing. That they couldn’t stop laughing reading my posts.

Yea, I know the feeling. The writing can be laughable sometimes.

But that’s the thing about talent. Sometimes, you are the last person to see it. In yourself. In others. But it is there. There is nothing God created that isn’t good. He doesn’t create duds. You have always been fearfully and wonderfully made.