Here I am again thinking about an iPhone. The iPhone 12. I thought I was off that Apple grass. My last iPhone was the 6S. I used it till mid-2018 when I switched to the Samsung S9. Not too shabby, the S9. Good form and function. It’s my only phone at the moment.

But I didn’t switch to the S9 because I love Samsung phones. I switched because I was trying to prove to myself that I can stop being an iSheep.

Sometime in early 2017, I told myself I was capable of not lapping up every grass from the Apple stable. Why? Because an apple screwed up the universe, that’s why. We would still be in Eden kissing king cobras and swimming backstrokes with crocs if not for an apple. But here I am again thinking of inviting Apple to have another rummage in my pockets.

I have never not been an iFaithful. I’ve owned every iPhone from the first one to the 6S. I’ve owned four MacBooks, bought three iPads, and have an Apple Watch and Apple Pencil 2. Back in 2007, I even subscribed to the now-perished MobileMe, the precursor to the iCloud. I loved Apple. Loved Steve Jobs and Jony Ive. I was in London when news of Steve’s death broke. I joined hundreds of Apple fans to leave bitten apples in front of the Apple store on Regent Street. 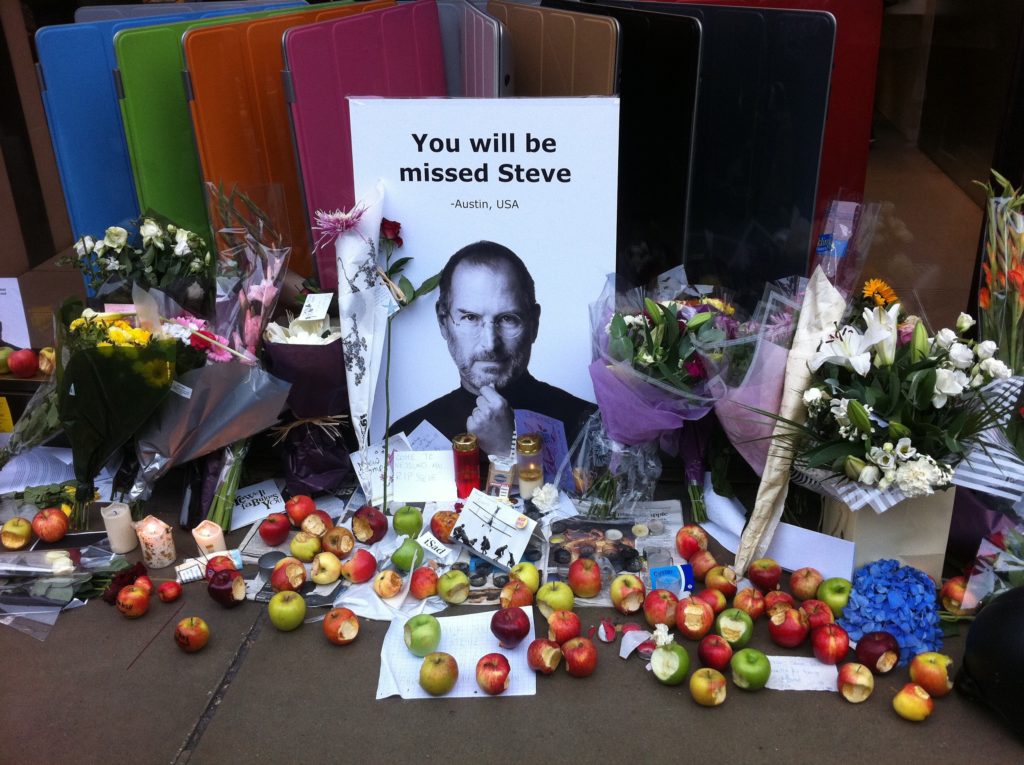 But it’s a love-hate relationship. I love the company but hate that it had an irresistible pull on me.

When Apple launched the iPad in 2010, I swore to my wife and friends that it was a pointless product. “I’ve got an iPhone and a Macbook”, said I. “What do I need the iPad for?”

I have bought three iPads since those days of ignorance.

Similarly, when Apple introduced the Apple Watch, I knew it was not a device for me. A fitness watch? No, thank you. I run a hundred meters in ten minutes without breaking a sweat. Why would I need a $400-watch to tell me I have an irregular heartbeat? My bank balance does that just fine.

That you can now spot an Apple Watch Series 4 on my wrist is a befuddling mystery. I woke up one morning and found the watch on my wrist. A most paranormal activity. We are in the end times, people.

But I am determined to have some shame. The degree of the common sense of a bloke is directly proportional to the age of the bloke. The older I become, the more I realize that it is infantile to change your phone or gadgets every other year. Mr. Dell does not change his personal laptop every year, does he? If he did, he won’t be, er, Mr. Dell, would he?

So, how did I start thinking about the iPhone again?

It all began the way most great bankruptcy stories begin: with a woman.

It was the missus’ birthday. She would love a new phone. One of her two phones was evidently made in hell. She claims to see gremlins come out of it. So, I decided to get her the iPhone 11 Pro. Go big or go home.

She liked the gift. She asked me to do the honours and set it up for her.

It was a big mistake.

The moment I held the phone, I knew, Houston, we have a problem.

The sleekness. The feel in the hand. The ease of use and intuitive UI.

The memories came flooding back. Of what I had loved. Of what I am now missing.

“When the woman saw that the fruit of the tree was good for food and pleasing to the eye, and also desirable for gaining wisdom, she took some and ate it.”

The lust of the eye.

Folks, let me remind you of the advice from my big bro Paulo: flee from all appearances of evil!

Not strut. Not jog.

Don’t stop to chit chat with a snake. I mean, it’s a snake, not your boyfriend.

Well yea, I know I am being actorly. A phone is hardly the delectable Mrs. Bathsheba or foxy Mrs. Potiphar. But Apple and I have a history. It’s complicated. One side gives. The other side takes.

It’s not working, Tim. Can’t we just be friends?

When I held the missus’s 11 Pro, I suddenly realized I have had the S9 for two looong years. Could have been eons. And is that a crack I see on the screen? Only a small crack you say? Nonsense. There’s no such thing as an innocent baby viper. It’ll grow big and spread venom.

That’s it. The universe has spoken. I’m changing my phone!

Shut up and take my money, Tim!

Sorry, what was that? Learn wisdom from the ant? What ant? Ant Man? That dude is a loser. Sneaked into The Avengers via a backdoor.

The lesson for you, my good folks, is that just because you have the power to do something doesn’t mean you should do it. For with great power comes great electricity bill.

I have offed my mic now.

6 thoughts on “The iSheep and the heroined grass.”