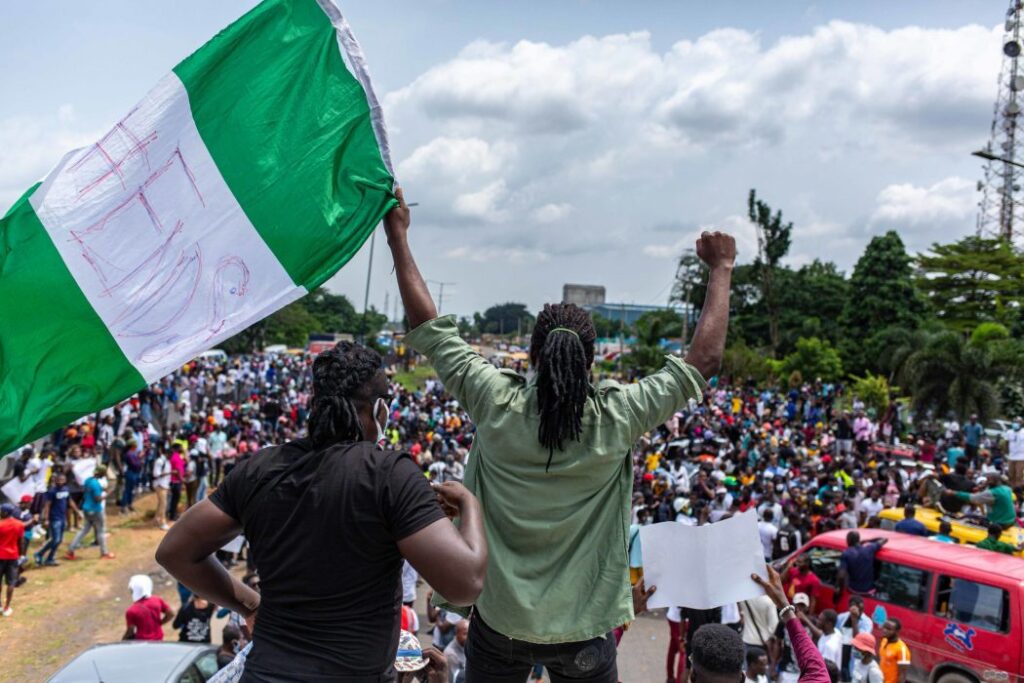 Dudes and dudettes of Nigeriana, hearken to my voice! I see flashing clouds and hear the rumbling of thunder. Signs of new rain. And my nostrils doth pick up the sweet scent of dainty flowers sprouting all over the land. What wondrous change afoot!

But we must be careful not to pluck the flowers to make zobo.

See here, young Turks. Asking for police reform is awesome. Yea, we’ve got to kick police brutality to the curb. But the #EndSARS protests present us with an opportunity to do something bigger: wrest political power from the ruling class.

That’s right. Band together and rally behind a party of our making. A party sired by reform and whelped by tenacity.

Let me explain how this is possible.

Over the weekend, I was rummaging through the website of the National Bureau of Statistics. I was looking for population numbers to crystallize some thoughts bubbling in my head. Our last census was in 2006 and the NBS made growth projections till 2016. I took it forward to 2023.

By 2023, in the age group between 20yrs and 44yrs, and at a 2.7% annual growth rate, there will be some odd 81 million young Nigerians. Don’t lose a wink over the death rate. At 11.6 deaths per 1,000 people, fewer Nigerians are shuffled off the mortal coil than you would have thought.

Now, the voting age in Nigeria is 18yrs. So by the next federal elections, there will be some 80 million young Nigerians eligible to vote.

Bear in mind that by then, there will also be some 24m youngsters in the age group 15yrs-19yrs. The bulk of this age group will attain voting age by 2023. So, we could have as much as 100 million people eligible to vote. But I have left them out to keep our excitement in check.

It gets even more interesting.

In the 2019 presidential election, 82.3 million Nigerians registered to vote. In the end, 28.6 million Nigerians turned out to vote. Out of those, President Muhammadu Buhari polled 15.2m votes as against Atiku Abubakar’s 11.3m. The results of the 2015 elections were similar.

The insight in all this information is clear. If we get only 50% of our young Turks to register to vote (40m) and only 40% of those turn out to vote for Sòrò Sókè People’s Party, we’ll still get 16.2m votes. The winner of our last two Presidential elections has not polled more than 15.4m votes to win.

Ladies and gentlemen, this is some serious power in our hands. Future-shaping power. A ridiculous combination of Mjolnir, Stormbreaker, lightsaber and Captain America. Where you at, Thanos?

You might well challenge: ‘Hold up, mate. You just went from a rally to a political party at the speed of light in a locomotive era. You need to calm yourself down. First, how do we mobilise? How do we register? How do we raise money? What about leaders? How do we pick them? You are off your rocker, mate’

Well, we can’t all be blessed with good sense all the time. But these sustained #ENDSARS protests give me hope about the youths. The penny may have dropped.

Look, I don’t have all the answers on how we can turn this #ENDSARS movement into a political party. But what I do know is that you should stop asking questions and get on board this bus! Let’s ride and see where it takes us.

Now, we must be wary of wolves in sheep’s clothing. Let no one countenance the advice to mobilise this formidable voting power behind the APC or PDP. That is an advice for the mouse to rally behind the viper. No sirs, we’ve had enough venom. We will not be unequally yoked together with unbelievers. For what fellowship hath righteousness with unrighteousness? What communion hath light with darkness?

There is no ideological divide between the APC, PDP, APGA, Labour Party and many other Nigerian political parties. No raison d’etre other than to wolf down the commonwealth. That is why it is easy for politicians to cross from one party to the other. Same people, different brocades.

Our Sòrò Sókè People’ Party will deal better. It must have a clear ideology, a vision and a blueprint. Central to it will be a Nigeria the world wants to emigrate to.

In your face, Trudeau!

Yea, I know. There is the matter of apathy of the same age group towards voting. Well, if the reform we seek is to happen, that has to change, doesn’t it? No longer can we afford to be vocal on social media but not with our votes. Again, #ENDSARS give me hope.

And yes, the ruling class has a lot of tricks up its sleeves. It may try to use INEC to snooker us through the inefficient production and distribution of voter’s cards. It may start drumming up religious and tribal sentiments. “The South wants to take what is yours.” “The North wants to make Nigeria an Islamic country.” “You can’t trust Igbo people with power. They’ll break up the country.” Yada yada yada.

We know the playbook. We are wiser now.

Let us not belittle the power of single events to snowball into something bigger. Hear ye the account of my little homie Emmett Till. 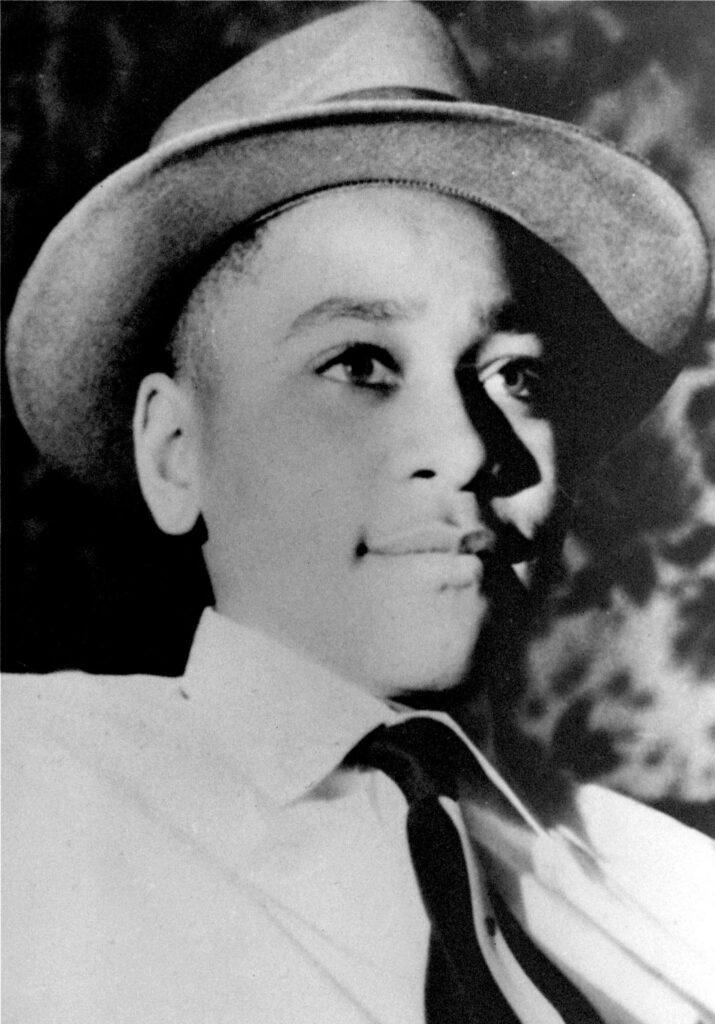 In 1955, 14-year-old African American Emmett Till visited his cousins in Mississippi. It was in the days of segregation and Jim Crow laws, of which the South was notorious. But young Emmet was from the south side of Chicago. And if you know anything about peeps from Chicago, it is that they wear their courage on their sleeves.

So, on August 24, 1955, young Emmett went into a country store, bought some candies, and on his way out whistled to the white chick behind the counter and said “Bye baby.”

The lady, Carolyn Bryant, told her husband that Emmett had grabbed her and made lewd advances at her.

A few days later, in the wee hours, Roy Bryant, Carolyn’s husband, and J.W. Milam, his half brother, barged into the house Emmett was staying with his uncle. They dragged him out and drove off with him.

Emmett’s body was found three days later in a river. His body was so disfigured that he was only identified by an initialed ring he wore. He had been bludgeoned, his eyes gouged out and shot in the head. A 34-kilogram cotton-gin fan was tied to his body with barbed wire.

Emmett’s mother, Mamie Bradley, was gangsta. She did the unexpected. She held an open-casket funeral for him so the world could see what they had done to her only son. The pictures shook the world. Hearts were rent. Furies stoked.

A few weeks later, Roy Bryant and J.W. Milam went on trial. It took less than an hour for an all-white jury to return a verdict of “not guilty.” They stated that the state had failed to prove the identity of the body. The state also refused to indict the duo on the separate charge of kidnapping.

Hang on a sec, fellas. If you spirit a kid away while he is napping, isn’t that kidnapping?

One everyday event. A lifetime of change.

By the way, in 2017, Carolyn Bryant recanted that Emmett had grabbed her and made lewd advances at her.

I’ll leave you with the words of Isaac to Esau after Jacob had stolen Esau’s blessing:

‘And Esau said to his father, “Have you only one blessing, my father? Bless me—me also, O my father!” And Esau lifted up his voice and wept.

Then Isaac his father answered and said to him:

“Behold, your dwelling shall be of the fatness of the earth,

And of the dew of heaven from above.

By your sword you shall live,

And you shall serve your brother;

And it shall come to pass, when you become restless,

That you shall break his yoke from your neck.” [emphasis mine]

Let’s break this yoke off our neck for good.

One thought on “Sòrò Sókèans, how about a political party?”