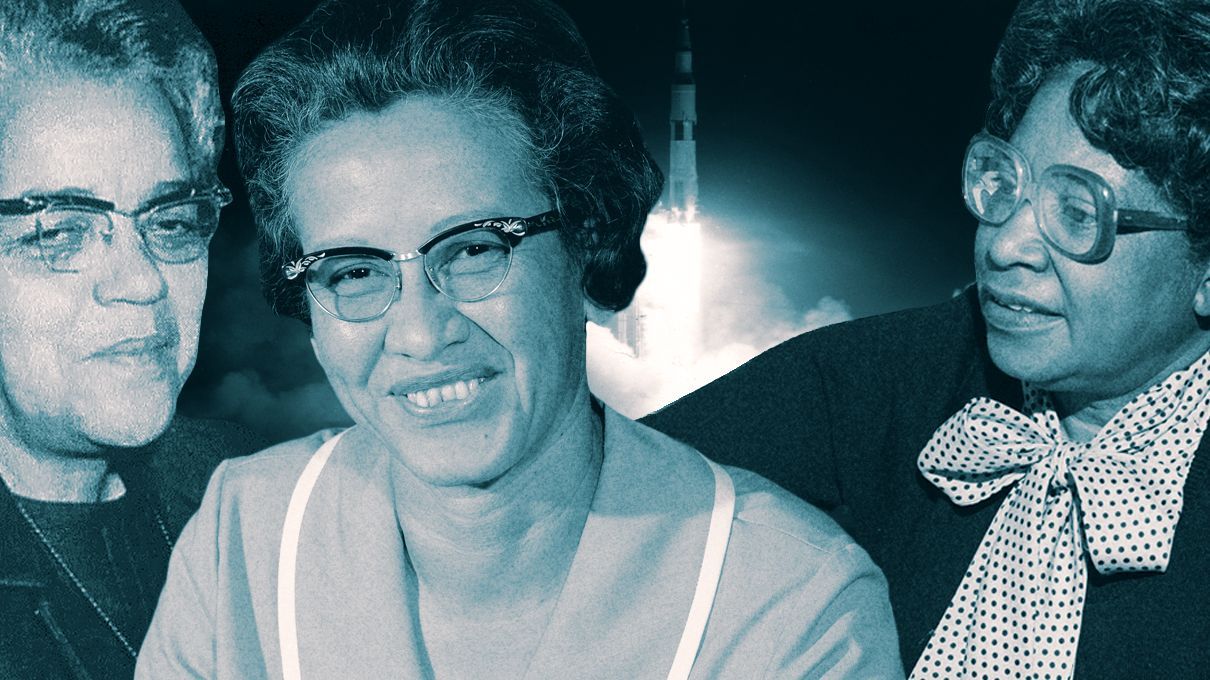 If you had one shot

To seize everything you ever wanted

Would you capture it

Or just let it slip?”

If you haven’t seen Hidden Figures, you should. It is a biopic about African-American female mathematicians working at NASA during the Cold War and its very public expression in the Space Race.

You will also remember that era to be a period when institutional prejudice and bias against black people was widespread in America. Yet, here was NASA, relying on the brains of some black women to beat Russia in the Space Race.

If science or historical movies aren’t your thing, you should still see Hidden Figures for its brilliant directing, acting and screenplay. It was nominated for Best Picture, Best Adapted Screenplay and Best Supporting Actress for Octavia Spencer at the 2017 Academy Awards. 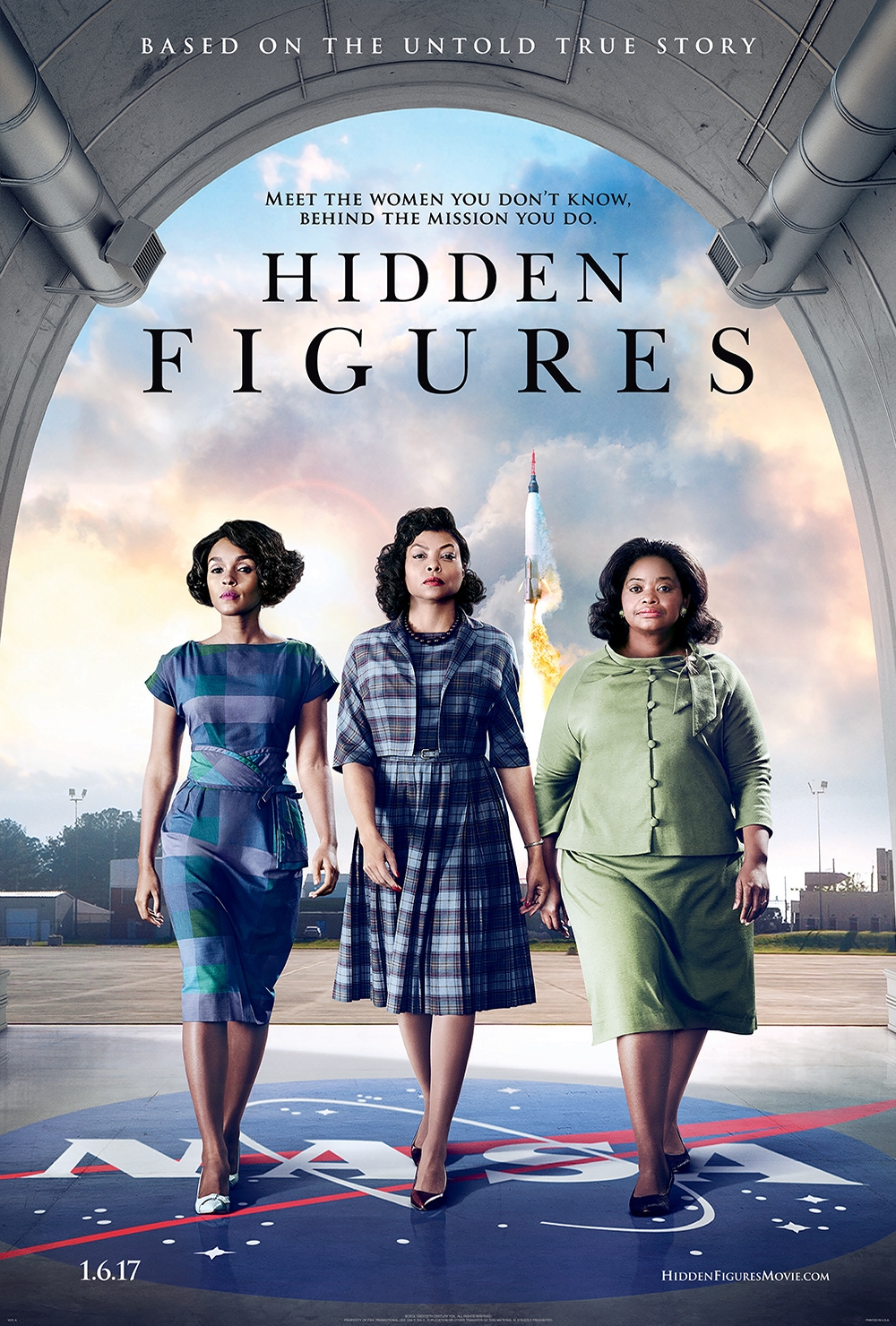 What the movie re-enforces for us all is to be ready when our moment comes. Your moment will come. That job. That break. That opportunity that is perfectly suited to your talent, passion and skill. It will come. But will you be ready to take it? Will you put in the hard work and courage to seize your moment when it comes?

I remember an interview I blew. My most painful. It was in 2001. GSM telephony had just come to Nigeria. Everyone in the country could now have a mobile phone.

The advertising and branding coming out of the ‘telcos’ were very cool. Consequently, it was cool – if self-aggrandizing – to work in an industry democratising telecommunication. An industry setting new standards in advertising and branding. I wanted in. I didn’t care what role. Once I got in, I’d work my way to brand management where my heart was.

I got my opportunity. It was the easiest opportunity to interview that I’ve ever had. I’d gone to the HQ of one of the telcos with a friend who was interviewing for a Call Centre position. It was an entry level position but my friend was nervous and wanted company. I was unemployed at the time so I tagged along.

I waited at the reception while my friend went in for his interview. When an HR lady came out to talk to some candidate, I walked up to her and told her I was interested in interviewing for a call centre role also. The nerve! But I suppose she was taken in by my boldness. She asked me if I had my CV with me. I did (those days, you went everywhere with your CV). She took it and went in. She came back moments later and asked if I was ready to interview right then. I told her I wasn’t. I was dressed in a t-shirt and jeans. It was a Friday. She went back in. She came out again and asked if Monday was OK. Monday was perfect I said.

When I showed up on Monday, I looked like Don Draper. I was dressed to the nines. Of course, all my ensemble were borrowed from friends; suit, shirt, tie, pocket square, belt and shoes. The only thing I had on that was mine was my soul. And even that belonged to God.

My friends, many of whom worked in banks at the time, had grilled me over the weekend on how to ace an interview. We simulated an interview. They formed a panel. I sat in front of them. They asked questions. I answered. It was gruelling and revealing.We did this Saturday throw Sunday until they were satisfied.

I aced the interview. I had the panel eating out of my palms. They commended my look and how articulate I was (boys, beer’s on me, tonight!). They thought I’d be great as a call centre executive.

About three weeks later, I got a letter for a second interview with the company. But I got the notice on the day of the interview. My fault. I had been out of reach.

I dashed to the interview. I was at sixes and sevens. It was a different panel. My desperation for the role showed. I was not composed and articulate. I was cursing my luck while still at the interview. I looked nothing like the self-assured guy that had interviewed weeks earlier.

A few days later, I got the company’s ‘love letter.’ That sweet note they send you when you were unsuccessful at an interview. They thank you for your interest and praise your abilities. But they were no longer pursuing your candidacy.

I kept that letter for a few years.

When it mattered most, I’d blown it.

You could argue that it wasn’t my fault. That I had rotten luck. But that’s the whole point, isn’t it? Showing up in the face of odds. Bringing your best self to the party when being there was inconvenient. That’s what Katherine Johnson, Dorothy Vaughan and Mary Jackson did at NASA. That’s how they wrote their names into the history books. How else could ‘B-Rabbit’ (Eminem) have been considered ‘dope’ and accepted by the black rap community?

You might also have heard about a guy called Jonathan Goldsmith. You probably know him as The Most Interesting Man In The World from the iconic Dos Equis commercials.

He was a sixty-something-year-old actor down and out on his luck. He had once been rich but was now scraping by and living in his truck. His agent got him an opportunity to audition as the brand spokesman for Dos Equis, a Mexican beer. On his account, more than four hundred people turned up for that audition. The brand wanted a Spanish speaker and someone young. Jonathan didn’t speak Spanish and was in his sixties.

But when he took the chair, he took his moment. “The best time to go for broke is when you’re already there,” he said in his memoir. 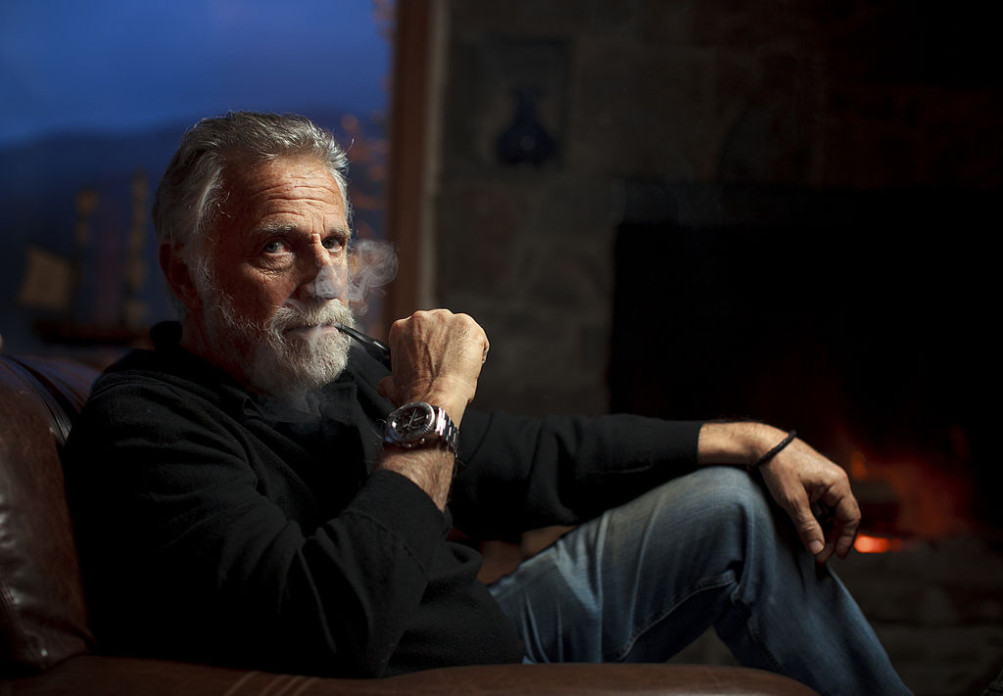 The marketing and agency team that had wanted a younger man were smitten by Mr Goldsmith. He changed their preconception of what The Most Interesting Man in The World could and should be. The rest is history. He became someone who was President Obama’s guest at his 50th birthday. Someone whom Michael Jordan and Leonardo di Caprio asked for autographs. You can read his account here.

We sometimes approach life as if it owes us happiness, success or fulfilment. If there’s anything we’ve learnt every waking day, it is that in life, no guarantees are given. Sometimes you make your own luck. Many successful people have had lucky breaks. But they also seized them. The goal is to be ready when your break knocks.

I am happy with the way my career has progressed. I have had several moments of triumph. Knowing myself and talents better now, I like to think that I could never have been an awesome call centre guy. But the point is, when the universe provides, you take it. I often ask myself if I’ll be ready when my other moments come.

And oh, no matter what stage you are in your life or career, some of your moments are still ahead of you.

Plan to take it.